A Spartan for America

Home A Spartan for America 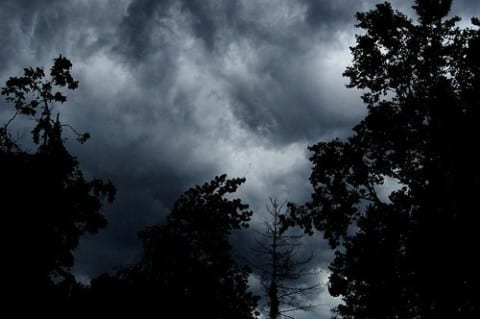 Hi, I am a 5th year senior at Michigan State University.  I have learned quite a bit from the research done on Charlottesville.  On of the most important things I’ve learned is that this nation is deeply divided and needs a lot of help to even begin to move toward a middle ground.

My experiences growing up as a teenager in America was pretty good all things considered.  I lived with my married parents, I went to high school and go accepted into a good college, I had food on the table every day and I always had access to health care when I needed it, and mental health care too.  I never had to worry about terrorist attacks and I never had the fear of someone in my life being deported.  I also never worried about the color of my skin causing issues.  The hardest thing I went through as a teenager was coming to terms with my sexual identity and even then it wasn’t that big of an issue because I had parents who eventually came to accept me, but I never had to worry about homelessness.

Some of the things that I believe need to prioritized right now are issues surrounding national health care and racism.  I would like the nation to have a universal health care system that does not break the bank for people.  I have heard from numerous people that it is cheaper to pay the penalty to not have health care than it is to actually have the ACA coverage.  This needs to be fixed.  I also think there needs to be a stronger message of unity put out by our leaders.  No bull about violence being a problem from everyone. There needs to be a clear message that says violence, especially from groups that spew hate, is not tolerated in this country.  I understand that there is the right to free speech, but it doesn’t mean what people use it to mean now.  It really only protects people from being in legal trouble if they bash the administration.  It doesn’t stop people from being angry when they spew hurtful lies.

My advice would be to listen to the people.  And I mean all of us.  There can’t be any bias given in any direction to really get the whole picture.  I always tell people that it’s not my job to come up with the solutions to these problems, there are people who know how to solve these issues and that should be their problem.  I need to get the awareness out there for the issues.  I don’t have to be the one to come up with all the answers.

I wish the future of America could truly become great.  I have a vision of people accepting people for who they are, and as long as someone isn’t hurting others, it doesn’t matter what they do.  If my children could grow up in a nation that doesn’t have to fight over basic problems like love and skin color, that would be the greatest America I could think of.

The sad truth is that America is deeply divided. With the new administration, this has become more clear. I agree with what you said, that “there needs to be a stronger message of unity put out by our leaders… There needs to be a clear message that says violence, especially from groups that spew hate, is not tolerated in this country”. I believe that this is the first step towards creating the America that you and I, and countless others, want to live in. It needs to be made clear that violence, hate, and discrimination towards any group of people because of their race, religion, ethnicity, or sexual orientation, of any kind, is unacceptable.
When you write about those who are supposed to be coming up with these solutions, who are you talking about? The government? As a private citizen, it isn’t supposed to be your job to “come up with the solutions to these problems”, and in a perfect world you wouldn’t have to, but desperate times call for desperate measures. The people in charge are clearly not coming up with any solutions, and as humans, we have the responsibility to force the government, and everybody else, to see that we will not stand for the injustices that our fellow Americans are facing.
Great post!

I definitely agree with your point regarding mental health and racism being top priorities for our leaders here in America. I think the two issues can also go hand in hand, as increased tensions because of systematic racism can be detrimental to ones health. Separately, I think these topics both address issues of ignorance in America. We, as a whole, are so ignorant to the issue of mental health and see it as something that isn’t very serious, instead of seeing it for the serious medical condition it is. We are also ignorant to the lives of those experiencing racism, and oftentimes have an attitude of “well, I wasn’t around when slavery was happening, so that’s not my problem”. We, the people, AND our leaders need to educate ourselves and instill what we learn into how we treat each other and how we live in this society together.