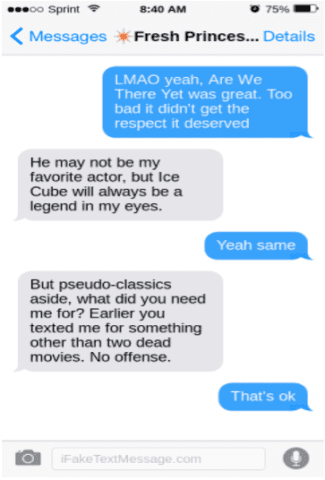 “A Short Convo” is an excerpt based on plot and events found within Angie Thomas’ book, The Hate U Give. The book centers around the main character Starr, as she endures, embraces, and seeks resolution to situations is her life brought upon her thanks to police brutality, and various racial themes. In this excerpt, I wrote about Starr’s boyfriend, Chris, and how he copes with the idea of the “white standard”, something discussed briefly but is one the many long-running themes found in the story. I utilized a sorta texting format, where I create and display a conversation that would be akin to the two characters mannerisms and overall personalities.

The “white standard” is something I’ve been hearing a lot about recently. From friends, television, even school. Heck, don’t even know how I’m just noticing it, but it’s all over Tumblr as well. But I don’t know what it is–well actually, I do know; it’s the bar and initial setting us white people apparently set for ourselves and others, even simple things that making the assumption that the name of black people are uncommon or plain weird, and that names like mine-Chris-should be the set norm. But, have I grown from that at all during all this? Through all the crazy shit that has happened this past year? What if I asked the one who’s way more enlightened on this stuff than I am. Starr.

And so, I started it with a text:

And of course, she did the exact same, but more stylized in her tone, even though it’s slight: 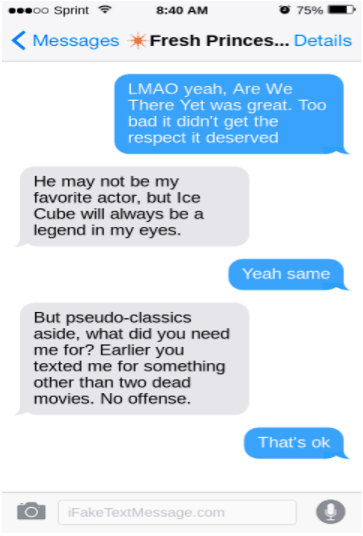 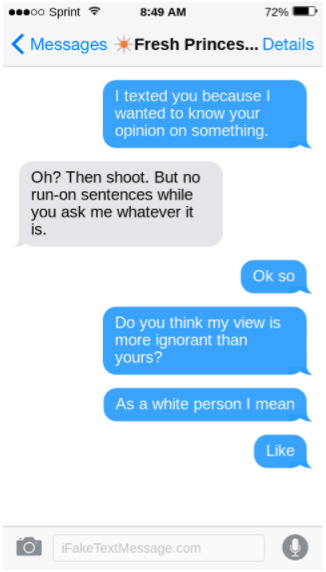 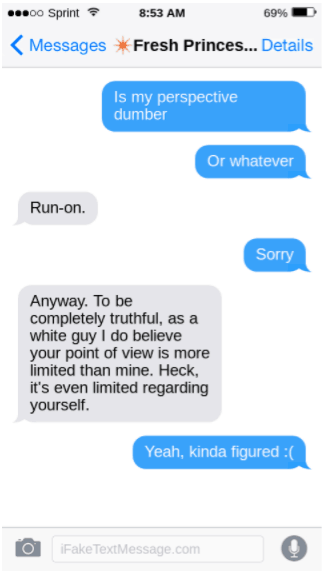 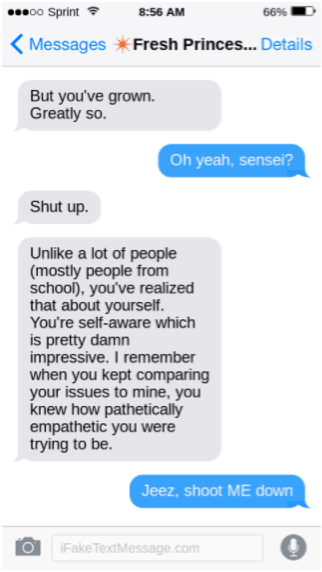 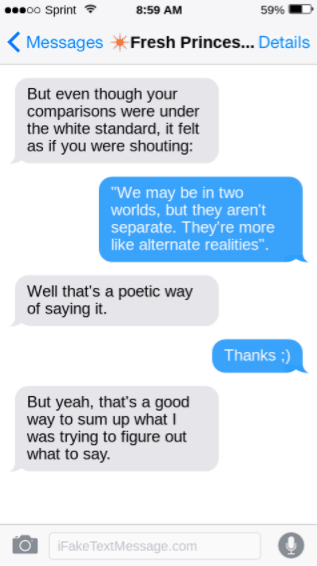 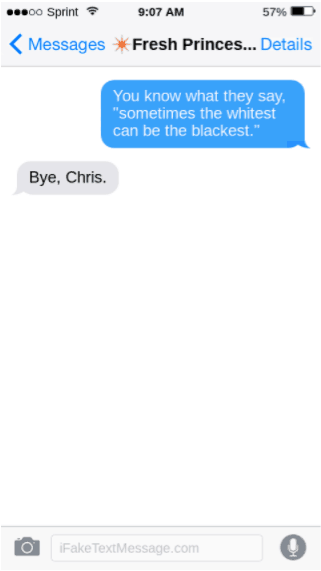 I thought this was a nice twist, rather than actually writing it out. I found myself smiling because starr and chris’ relationship is playful and can talk about a lot of things.