A Shadow In The Ember

Home A Shadow In The Ember 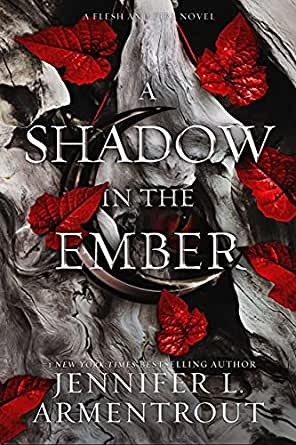 A Shadow In The Ember by #1 New York Times bestselling author Jennifer L. Armentount is a captivating example of world-building and a must-read for fantasy lovers. This story was written as a prequel for the Blood and Ash series, and unlike many prequels written after the completion of a series, this one does not disappoint.

Seraphina Mierel was born wrapped in a veil of the “primals” and has never had a choice in her future. Before birth, she was chosen to uphold a pleaful deal that one of her ancestors stuck to save the kingdom. Sera was to leave behind her enclosed life and become the consort for the Primal of Death. But, Sera’s real destiny was one of the most closely guarded secrets held in the kingdom. She was not to be a Maiden and damsel in distress but rather an assassin with one mission, to make the Primal of Death fall in love with her, become his weakness, and kill him. Failing to do so would mean a slow demise for her kingdom. Chosen is what Sera has always been. Chosen, Consort, Assassin. That is until the Primal of Death’s unexpected words chase away what lies inside her. Sera has never had a choice until now. Either way, she is to die- after having forever been touched by death himself.

With strong female and male characters, Armentrount wowed readers with her character development, allowing more and more layers to be peeled off as the story unfolded. This slow-burn romance novel combined the perfect amount of chemistry and pacing with unique descriptions of the interactions between the two characters. Their relationship is filled with sarcasm, unacknowledged love, and a never-ending spark. Sera in the book says “I know what I am. I’ve always known. I am one of the worst sorts. A monster … But don’t you ever tell me how I feel.”

I absolutely adored these characters and the writing in this book and how it fits into the series answering previous questions but also leaving me wondering how it will all come together in the end. With the perfect amount of action and romance, the book left me feeling excited, panicked, and emotional while reading. A Shadow in the Ember is filled with themes such as life and death, guilt, love, and secrets, and all are woven in ways leaving the reader on their toes. The secrets surrounding this book and what comes next between the characters and storyline help guide the book to an unexpected ending. And as the Primal says “It is far easier to be lied to than to acknowledge that you have been lied to.”

I love this book series, and I look forward to reading this book as well. You wrote a very good description of this book and made me want to read it even more!

This is my favorite book series at the moment, and this book is amazing! I was worried it wouldn’t be as good because it had different characters, but you did a great job describing how the strong female characters and mystery makes this book just as incredible as the rest.