A Serious Matter: Deportation in Oakland 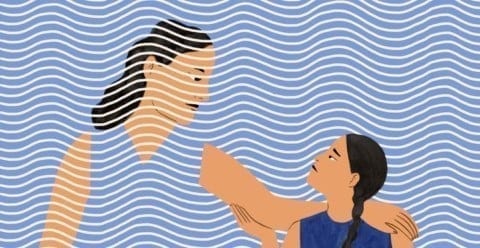 According to The Washington Post, a great amount of people get deported from the US every year. To be exact, 256,000 people were deported in 2018. Many families get separated because of deportation and they often lose contact with their families. A reasonable motive to get deported is if the immigrant  has been convicted of a crime before, but what about those who aren’t criminals? This blog, contains articles and quotes from many sources that prove that immigrants from Oakland (and in general) come searching for a better future, and get deported unfairly as law-abiding citizens.

Firstly, usually Oakland has ICE raids with the purpose of finding criminals. This time Rebecca Kaplan,  an Oakland City Council Member mentioned an incident that occured in West Oakland. In an article called “Oakland: Why We’re a Sanctuary City“ by USA Today. This is a credible source because it is written by Rebecca Kaplan because she is an American Politician and a democrat who has knowledge about this topic.She said, “Last August, ICE officers conducted a raid on a West Oakland family, claiming they were targeting child trafficking. ICE took one young man for deportation proceedings, but filed no human-trafficking criminal charges. Child trafficking is a real problem, which should be taken seriously, not misused as a false claim. After ICE disrupted and slandered this family, it turned out there was no evidence of human trafficking” (Kaplan). According to the words of Councilwoman Rebecca Kaplan, this family was accused for commiting a very serious crime. Even after ICE deported a member of the family, he wasn’t charged with the crime he was accused for which means that this claim was false. This kind of behavior coming from a government service is completely unexpected. ICE clearly used their dominant, institutional power, to oppress a family of color.The outcome was obviously negative since this family got separated for unfair reasons.So the question left to answer is, if an immigrant hasn’t done anything else than follow the law, why are they being deported if they are doing the right thing?

Because of these unfair deportations, Oakland is standing up and is a Sanctuary city to support immigrants who are working hard for their families. In the article, ”Widespread Panic as Oakland Mayor Warns Sanctuary City of an ICE Sweep” published by The Washington Post  a famous newspaper who addresses political dilemmas, wrote about the Mayor of Oakland and posted it on February 26,2018. Libby Schaaf supports Oakland as a Sanctuary City as she defends the rights of people of color under the hand of institutional oppression. Libby Schaaf said, “I know that Oakland is a city of law-abiding immigrants and families who deserve to live free from the constant threat of arrest and deportation,” Schaaf wrote. “I believe it is my duty and moral obligation as Mayor to give those families fair warning when that threat appears imminent” (Schaff). This quote shows that Schaff understands immigrants are being detained as innocent, not like it should be. This piece of evidence shows how immigrants in Oakland are ¨law-abiding¨ or someone who always obeys the law and is a good citizen, and these are the people who are often being targeted.  Libby Schaaf even refers to immigrant citizens as being “law-abiding” which gives a stance towards immigrants not being as bad and violent like society marks them. Which is important because regularly, families get separated or deported even if they haven’t committed a crime.  The rest of this country should follow the great example of Libby Schaaf when she shows that she understands that this is an act of injustice towards immigrants so she celebrates and protects the diversity of Oakland.

According to the statistics, although ICE has deported many people who are criminal. This government service has also destroyed innocent families.Since over 120,000 immigrants who got deported weren’t criminals. This graph shows the significant quantities of family members being separated just last year. Isn’t that crazy? Along with separation, comes risks because you are alone, and afraid of what might happen.

Also, an Oakland resident, deported immigrant and family member who chose to stay anonymous shared her story of how she got deported unfairly and what risks she had to overcome to meet up with her family. Doing an interview she said,  “ I kept praying because I was scared and I wanted to cry. I was very nervous at the thought of never seeing my husband and daughter ever again” (anonymous). When she crossed the border she wanted to feel safe and happy again with her family. And when she said, “I kept praying” those words signified more than a religious ritual, and it gave her faith that soon she would reunite with her family even when she felt scared and nervous. This innocent immigrant suffered a great amount unfairness by ICE when she knew those who should’ve been detained and deported in her place were criminals who still might be free of justice.

In conclusion,  immigrants from Oakland (and in general) risk their lives for a better future for their family and usually get deported even if they haven’t been convicted of any crimes. This is true because as said prior, statistics show how a great percentage of deportations are for innocent people and, Oakland has experienced a great deed of these.

The Washington Post is a very credible source because it is a daily newspaper. That means that they share new information every day, and this newspaper analyses issues around the globe.

USA Today is also a newspaper and it updates the audience about the most latest US and world reports.

https://www.ice.gov/ is a government service website that is credible because the government would update it regularly since it is a website for a citizens use.

As the other commentors have said, you definitely picked an important and tricky topic. Well done for taking this head on.

I would suggest two things. First, you may want to think about looking at arguments of people who support ICE and their efforts to catch criminals. You make a good point of how ICE do their job poorly, but there are reasons for ICE to exist. It helps your argument when you address an opposing opinion. You kind of did this with your line, “Child trafficking is a real problem, which should be taken seriously, not misused as a false claim.”

Second, I would suggest looking into the data referenced in your articles. What are the crime statistics in Oakland? Is the mayor making a biased statement about her city? She may be 100% correct, but you want to make sure what she is saying is backed up by data.

Overall, I enjoyed reading your perspective on ICE and deportations and they affect your community. I’d like to hear what you think can be done to maybe change the image of these families so that they may not be targeted (on accident or on purpose) in the future.

Dear Ivy, I am beyond thrilled by your post, “A Serious Matter: Deportation in Oakland”, because the topic of deportation has become a bigger issue since 2016. Many are afraid to speak the truth or simply just address the situation. When this takes place we do not hear how the families are challenged and what struggles they experience from them personally telling their story.
One sentence you wrote that stood out to me is “After ICE disrupted and slandered this family, it turned out there was no evidence of human trafficking”. I think this is wrong because falsely accusing someone for a crime they did not commit and causing so much pain to individuals who have not done anything wrong is not right.
Thank you for your writing. I look forward to seeing what you write next, because you did a very good job including a variety of references. I also liked how those referenced were credible and you included as to why they were.

I am impressed with what your wrote about “Deportation in Oakland” because not a lot of people have the courage to talk about deportation, especially if it’s in your city. It’s the sad truth but someone has to speak out because in reality it affects everyone around us because there family and friends.

One sentence you wrote that stood out for me was “immigrants from Oakland (and in general) risk their lives for a better future for their family and usually get deported even if they haven’t been convicted of any crimes. This is true because as said prior, statistics show how a great percentage of deportations are for innocent people and, Oakland has experienced a great deed of these”. I believe that your right because it’s sad to know that people are just trying to live off something but then they get deported and it messes up everything from that family, and now they will have to survive in a harder environment.

Thank you for your writing. I look forward to seeing what you write next, because you show so much emotion and sympathy about deportation and the reality of caring for one another of the causes of getting deported.

Dear Ivy,
I’m so happy you chose to talk about a very strong problem in our community. When reading your poem I noticed that you talk about how ICE looking is looking for criminals in our area but they were actually child trafficking. This really caught my eyes because ICE is using their power for evil. Something that seemed outrageous was when you said, “this family was accused for commiting a very serious crime. Even after ICE deported a member of the family, he wasn’t charged with the crime he was accused for which means that this claim was false.” This made me go crazy because how they didn’t have real proof to accuse the family but they had the audacity to deport someone in there family. Overall of love the state that your broadcasting to everyone about what’s going on in our city, I hope it raises awareness and people make a change. – Christina

Dear Ivy,
You covered an important topic in your blog and this clearly shows your understanding of the immigration topic. One of my favorite lines was when you said in your analysis “ICE clearly used their dominant, institutional power, to oppress a family of color”. You’re using words that really make your work clear. Thank you for covering this important topic! Good job.
Sincerely,
Imelda Pablo

Dear Ivy,
Your blog is really good and I really like your topic. I also believe that is an serious issue that needs to be solved because also a lot of families stay here if the father gets deported. This is very sad bc is not fair for me and I agree with you that it has affected a lot of families and everyone should be welcome in this state. I also really liked the sources you used. Very good sources to support your claim and I like how you used that one article by a councilwoman Rebecca Kaplan. I felt that was really strong. Good Job Ivy!
Sincerely,
Ingrid