A Reflection on my Project

Home A Reflection on my Project 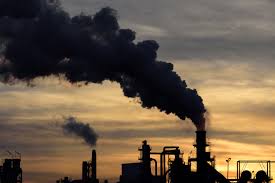 My project was a project which was to inform people about the dangers of pollution. Some types of pollution are ocean pollution, and air pollution. My project has not been successful as we have not been getting many views and signers for our petition.

My project was unsuccessful in getting attention from people. In total, we had a maximum of five views on our blog posts, three signers for our petition, and no followers on social media. This was something that we did not expect to happen even with all of our group members promoting the project twice every week on social media.

One example to support the claim about my project being unsuccessful is that we have gotten a maximum of five total views on our blog. This shows how this project was unsuccessful in attracting a lot of attention as we have not gotten many people to even look at our blog or its content.

Another example to support my claim is that we have gotten three signers for our petition which were from the same person who just posted some random words in the comments. This shows that not one single person has genuinely signed our petition which resulted in the project being unsuccessful.

In conclusion, we have been very unsuccessful in our project. If I had to do this project again, I would make sure that I would spread this on any other platforms that I can find such as Facebook, Instagram, etc instead of just sticking to one social media platform which was Twitter. I would also try to promote my content by getting other people to share my content which would in turn make other people share content that others would share and so on.