A problem no one is solving

Home A problem no one is solving 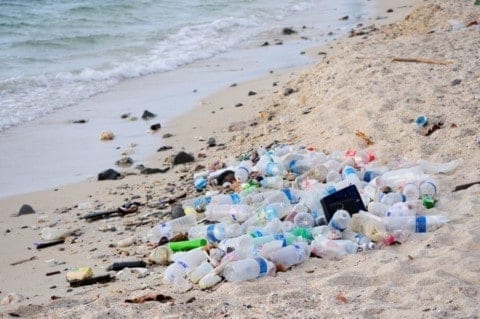 It seems like we are all aware that plastic consumption is at all time highs. Even if you specifically or people we know aren’t doing much about it, for the most part we all know it is a problem. I feel badly when I use plastic but I do it anyway because it’s easy, cheap, accessible and overwhelmingly common. Plastic is everywhere in our grocery stores but as we know it is also everywhere on our planet including our oceans and shores. If our awareness is heightened by plastic water bottle and straw use why are we not banning it and other plastic products like many other states and countries have?

The Toronto Environmental Alliance reported that many cities such as San Francisco, Seattle, Los Angeles, Portland and Mexico City, states like Hawaii and North Carolina have banned plastic bags, along with, states in Australia and India have taken action on this problem from as early as 2007. They also said that “countries like Italy, China, Bangladesh, many countries in Africa including Rwanda, Kenya, the Congo, and South Africa” (tea 1) have banned plastic use all together. So what is stopping the entire United States from taking action?

The first problem is that mass production is defined in our country and other larger countries. Big manufacturing businesses know that their products will stay preserved for a longer period of time if they are surrounded by plastic. Even buying your products without plastic like at a bulk food store or farmers market is more expensive because the only people selling it in that manner are small local business owners. If we were to ban plastic use it would target big businesses and possibly affect the economy in a negative manner. However considering how economically focused our country is this is a big reason why plastic is still around.

The second problem and possibly the bigger problem is that plastic is cheap. It can be produced quickly for a million different things and be extremely durable while being cost efficient. If you drop a glass container on the ground it’s going to shatter but if you drop plastic it might at most get a scratch. Businesses have noticed this and taken it to an extreme. In 2016 the Ellen McArthy foundation published research about plastic production, solutions and predictions for the future they included a very intriguing statistic that “the cost of … plastic packaging, plus the cost associated with greenhouse gas emissions from its production, is conservatively estimated at USD 40 billion annually — exceeding the plastic packaging industry’s profit pool” (Ellen McArthy 15) In summary the damage that plastic is doing to the environment is more costly than the money saved by using the product. Then reading into their sources I found another statistic that was written in 2014 projecting that “the market is estimated to reach US$ 370.2 Bn through 2020” (Transparency 1). Considering that we are now in 2020 imagine what that market is worth.

History repeats itself and unfortunately considering ours, our tendency is to put off issues until they have extreme visible effects. When we take out the trash we never see it again, or if we throw our water bottle out of the window on the highway it is of no concern to us anymore. Soon enough this cheap, durable “solution” is going to cause our country and quite frankly our world some big problems. Until our government and its people notice the environmental effects like predicted plastic islands in our ocean or outnumbered fish to bottles, we aren’t going to do anything. It’s cheap and it’s easier to keep doing what we are doing than to start everything from scratch.

I agree with what you stated above about your post, “A Problem No One Is Solving” because we can try as much as possible to not use plastic but there is no way around it. Sometimes it is our only option.

One sentence you wrote the stood out to me is “It can be produced quickly for a million different things and be extremely durable while being cost efficient.” I believe this is shocking how it can be produced so quickly and they still save millions of dollars.

Thank you for your writing. I look forward to seeing what you write next.

I agree with everything you stated. There is no easy way to get around the problem of plastic and plastic pollution, but addressing and bringing more awarness to this problem will give us some hope for a better future.

I forgot to embed my citations so I am posting them here in case you want to do some further reading.

Toronto Environmental Alliance, “Where else in the world have governments banned plastic bags?” http://www.torontoenvironment.org,

Transparency Market Research, “PLASTIC PACKAGING MARKET TO THRIVE ON THE BACK OF EXPANDING FOOD AND BEVERAGE INDUSTRIES” http://www.transparencymarketresearch.com, 2015

I agree with everything in your post. It is difficult because we can try to avoid plastic as much as possible but sometimes there’s no way around it – there are times when it is our only option. This is why the responsibility falls on the large corporations to make more sustainable decisions, and on the government to enforce restrictions on plastic. If they don’t take responsibility, our planet might be doomed, but in the meantime we should try our best to reduce our plastic use.