A Plethora of Problems

Home A Plethora of Problems 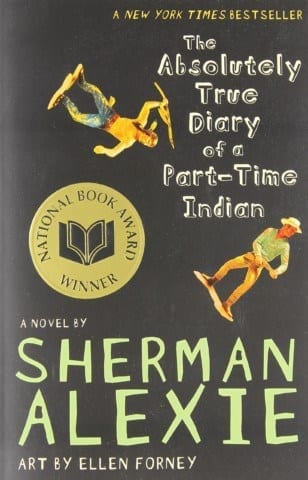 “The Absolutely True Diary of a part-time Indian” by Sherman Alexie is about an Indian boy named Junior who was born with a variety of medical problems. Junior was born with too much brain grease, which is basically cerebrospinal fluid inside his skull. It’s very muddy and thick. Junior was 6 months when he got his first surgery, they sucked out the extra water with a vacuum. He was supposed to suffer serious brain damage and live as a vegetable but luckily didn’t. Sadly he lives in a poor condition and his family doesn’t have enough money. Junior was born with 42 teeth, which is 10 more than a normal person has and in his country you only get to visit the dentist once a year. Since Junior doesn’t look like others and act like others he constantly gets bullied at school by other students. He gets beat up by students and make him feel bad so he rather stay at home which is safer in his room, drawing cartoons or reading, doing things he likes. As stated by Junior he likes drawing because he wants to talk to the world, he feels important with a pen in his hand because he feels he’s going to be somebody important in the future.

The first chapter of “The Absolutely True Diary of a Part Time Indian” by Sherman Alexie might leave the reader worried because the situation Junior lives in where his family really can’t afford much and on top of that they have a son that was born with a plethora of problems.

So far, the characters in “The Absolutely True Diary of a Part Time Indian” might remind the reader of the story in another book. In the book “The Color of my Words”, is similar because they both don’t live in a good environment and are struggling money wise. Junior and Ana both have a dream to become someone important in the future. But they are also different because Ana is a healthy young girl and loves to write , she describes herself as a writer and writes all her feelings down. On the other hand Joseph is a young with a variety of medical problems, he likes to draw and mostly cartoons, and that’s how he express how he feels by drawing.

After this part of the book, most readers probably will be looking forward to reading the rest of this book because Junior has a really important message to spread out to the world and since he wants to be heard by everyone he gives interesting details. What’s probably going to happen next is that he is going to explain more about his life and how he deals with people and school, also how he doesn’t give up and it’s not ashamed.

Keily
I read this book in class as well, I enjoyed the book it was good to see junior progress as the book went on. Junior grew a tremendous amount as the book went on and i was surprised by how he turned out. He had a great journey to get where he ended up.