A Mother’s Expectations for Her Son and Daughter

Home A Mother’s Expectations for Her Son and Daughter 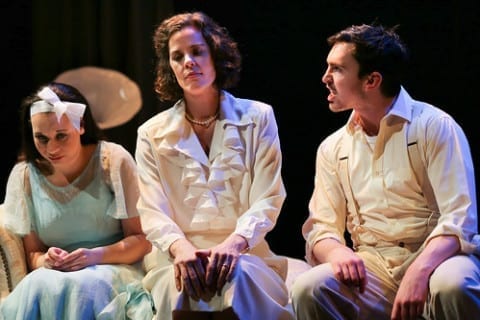 Recently, I read ”The Glass Menagerie”, by Tennessee Williams. I surprised, by this play. In the beginning, I thought that Amanda does not have a good personality. She wants to control her son and daughter. After I see that she is concerned about her only son and daughter. She wants them to have a better life and a good future. Also, Tom seems at the beginning that he is responsible for his family and a hardworking person. However he is not like that, he is not happy with his job.

The protagonist is Amanda. Her story is set in the 1930s in America, specifically at their small, old apartment. The significance of the story during the pre-World War II setting is that change is about to happen. Which is similar to Tom’s family, where all the member of the family is different than each other and Tom and Amanda have to fight all the time. Because Amanda wants her children should be listening to her but they don’t and they are not aware of their better destiny.

Amanda faces certain forces and pressures. Amanda became an older woman and her husband left her a long time ago. she is worried about Laura and Tom. She wants to find a good gentleman for Laura so, Laura can be happy and be independent. As well as Amanda wants Tom to focus on his job, so she will be more taken care of.

You can see this early in the play on page 190, scene three, and four. AMANDA: I mean that as soon as Laura has got somebody to take care of her, married, a home of her own, independent ?- why, then you’ll be free to go wherever you please, on land, on the sea, whichever way the wind blows you! But until that time you’ve got to look out for your sister. I don’t say me because I’m old and don’t matter – I say for your sister because she’s young and dependent.

The tension rises when the mother finds out that laura is cutting her college class and Tom is not happy with his job. This might leave a reader feeling disappointed with Amanda’s children because they do not listen to her.

The play climaxes when Jim gives the information that he will get married soon with another girl. ” AMANDA: My, but you are ambitious! You work at night, too? JIM: No, Ma’am, not work but – Betty! [He crosses deliberately to pick up his hat. The band at the Paradise Dance Hall goes into a tender waltz.] AMANDA: Betty? Betty? Who’s – Betty! [There is an ominous cracking sound in the sky.] JIM: Oh, just a girl. The girl I go steady with [He smiles charmingly. The sky falls] [LEGEND: ‘THE SKY FALLS’.] AMANDA [a long-drawn exhalation]: Ohhhh. … Is it a serious romance, Mr. O’Connor? JIM: – We’re going to be married on the second Sunday in June. AMANDA: Ohhhh – how nice! Tom didn’t mention that you were engaged to be married”. It sad that Jim is already engaged with another girl. This is the first time Laura gets easy with a man and loves him and Amanda has hope that her daughter can finally get a man in her life but in the end, it’s like a nightmare for Amanda and Laura.

The falling action ultimately resolves the conflict. In the story, Amand has sorrow for losing her husband, and in society, she wants to see her son and daughter be a success and find happiness. It’s a person v. society for Amanda. It’s a person v. society type of conflict that’s driving this story. Because in the play Amanda wants Laura to have the education to have to position on society. Education is very important for everyone to progress.