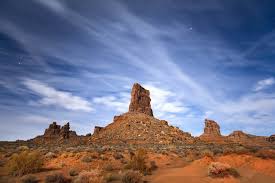 As many fellow Utahns may have heard, the size of Bears Ears National Monument and Grand Staircase have been slashed by our president. This has been the largest rollback of federally protected land in America’s history. During Trump’s visit to Salt Lake City, thousands of citizens gathered outside the capitol to protest against this “monumental mistake.”  Bears Ears is a sprawling region home to massive red rock canyons and ancient Native American sites believed to be sacred to dozens of Native American tribes. Thousands of Utahns were outraged to hear that these lands will no longer have federal protection.

Bears Ears began to attract controversy when President Obama designated it as a national monument in 2016. Conservatives thought of this decision to be an overstep of the president’s power and that the land should belong to the states. After President Trump ordered a review of 27 national monuments, Bears Ears being the only monument actually named, this land became a focus for conservation by many organizations and companies that oppose using public lands for mining, such as Patagonia.

Due to this decision, over 100,000 of archaeological importance and the heritage of the land itself will be under threat. This land will be used for oil and gas extraction and other destructive activities. What once used to be over 2 million acres of public land will now be owned by private corporations and big oil companies that already control so much of our economy.

While this has been absolutely devastating for many Utah citizens, it opens the door for many more rollbacks of federally protected land. This decision could alter the course of American land conservation and could potentially put many other national monuments at risk. These lands could potentially be threatened by mining, gas extraction, and oil extraction.