A Misunderstanding Between Mother and Son

Home A Misunderstanding Between Mother and Son 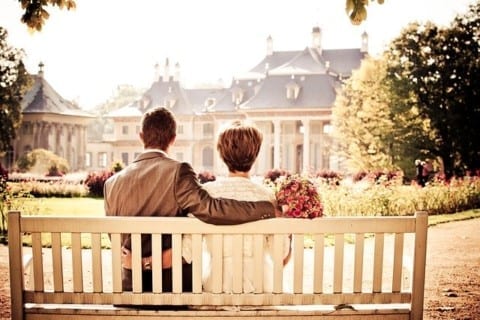 I watched a play called “ West Side Story”, it was a really great play. It was about two different communities. One was a group of Black and White American. The other one was a group of Spanish guys who immigrated to the USA. These two two groups never get alone, they always fight. They like to sing and dance, most of their battles start with song, then dance, and then fight. The American group’s leader’s best friend falls in love with the sister of the other side group’s leader. Their hatred increased a lot more and the leaders set up a fight. The two love birds wanted peace. The two sides fought, the Spanish leader killed the American leader, and his best friend killed the Spanish leader. There was a little misunderstanding between the couple, because one of the Spanish lied and shot the girl’s boyfriend. She wanted to kill him or end her life. She did none. So that’s how the play ends.

The third and the fourth scene of “The Glass Menagerie” by Tennessee William might leave a reader feeling amazed because Tom is one of the characters that is direct to others. He always wants to do things on his own. He knows what he wants, and what he wants to do. An example of this is on line 48, “What do you think I’m at? Aren’t I supposed to have any patience to reach the end of, Mother? I know, I know. It seems unimportant to you, what I’m doing – what I want to do – having a little difference between them! You don’t think that -” This is magnificent because Tom is doing everything he can but he cannot have time for himself. His mother is always behind his back and telling him what to do, instead of understanding. Tom may be a little disrespectful but he has the right to express how he feels toward his mother.

We learn something interesting about one of the characters, Tom on line 120 where it says: “Mother. ! – I apologize, Mother. I’m sorry for what I said, for everything that I said; I didn’t mean it..” This is typical of how this character acts in this play, so far. He often seems to be a little disrespectful but knows how to take responsibility for his act. He may do stupid things but he is just telling the turht on hiw he should be seen. He always discusses with his mother but he only wants what is best for him. He is taking care of his family, he is working hard to feed them, so he has the right to express how he feels. He surprised the readers by changing his action sometimes. He realizes that he should not talk to his mother like that then he comes back and apologizes. I think a person would like to be friends with him, if they know how to talk with this kind of character. As for me I would like to be friends with him because we have something in common.

After this part of the play, most readers probably will be looking forward to reading the rest of this play because they want to know what Tom will do to have her sister back, keep helping his mother. They also want to know what will happen to Laura, will she have somebody who will take care of her. What’s probably going to happen next is Tom will maybe bring a guy to the family, that will make another character in the play.