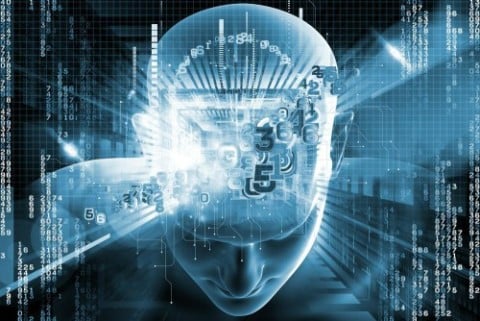 There is a common argument that with the rise of artificial intelligence, there will be a surge of unemployment. The Belfast Telegraph admits “that large areas of banking, accounting, legal services and other nominally middle-class jobs (including journalism) may see computer replacements”. However, a lot of companies have been introducing AI into their systems, but the expected loss of jobs has not occured. In fact, a survey of 1000 companies “found that four out of five of them have created more jobs”, according to a Forbes article. While it might be a premature claim, it can be argued that artificial intelligence could actually create jobs, rather than take them away.

There is no doubt that artificial intelligence will play a large role in the future of human development and business. Right now, AI can be defined as ”technology that takes in huge amounts of information from a specific domain (say, loan repayment histories) and uses it to make a decision in a specific case (whether to give an individual a loan) in the service of a specified goal (maximizing profits for the lender)”. As the technology develops, AI will be able to do more than just loans. It will make its way into almost all facets of business. However, this doesn’t mean it’s going to take away every job. The role of artificial intelligence, right now and in the future, is not to replace the worker. It is, rather, used to aid the consumer.

Of course to accomplish this, jobs will be taken away. A report estimates that artificial intelligence will remove 1.8 million jobs by 2020. At the same time, it will generate 2.3 million jobs. By 2025, AI is predicted to create 2 million more jobs than it takes away.

The influence that AI has on a business will vary depending on the industry. Manufacturing will be the most harmed. Autonomous machines will replace a large number of workers. It is capable of completing repetitive tasks, such as those in factories. Other industries like education and healthcare will benefit the most.

The consensus among many experts is that artificial intelligence will not put us out of a job, but rather give us a promotion. AI will become integrated into the professions in which it is capable of being successful. The technology is not near the ability to creatively think and work as humans do. Because of this, artificial intelligence/autonomous machines will do the simple jobs, and humans will do the harder ones.

The companies who lead the way for artificial intelligence developments and implementations will become wealthy. The technology will spread massively, and the companies whose technology it is will grow proportionally. As these companies grow, it will provide for more and more jobs.

The purpose of artificial intelligence is to help human work and development. It will increase the efficiency and productivity of each industry that it is in. This further allows for companies to grow, in turn creating more (human) jobs. According to Economic Times, “AI augmentation will generate $2.9 trillion in business value and recover 6.2 billion hours of worker productivity”. AI augmentation is the complimenting harmony of artificial intelligence and human intelligence/action.

Artificial intelligence is made by humans to help humans. It would be unwise to create something that takes away your job. AI will replace some lower, generally repetitive jobs. However, it will create more opportunities than it removes. A symbiosis between artificial and human intelligence will emerge, allowing for more proficient business and discoveries. The technology of artificial intelligence will allow for business to expand, creating more jobs, all while providing a powerful tool for us to use.