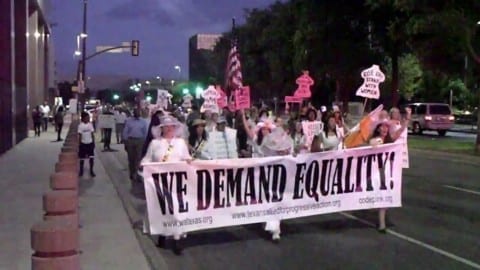 Over the years of having numerous of different presidents who have made unfulfilled promises I think it’s time for an adjustment in America. Before taking on the most powerful position in the U.S, there are a few concerns and issues I would like to bring to your attention that I feel you should handle during your 4 or maybe even 8 year term that have yet to be handled.

Discrimination is a really big issue in the world that many people in the world face today. It seems as though the issue is always put behind the limelight and not really thoroughly discussed. Like for example, police brutality is a major issue, especially in minority communities, and it always seems as though the issue is never taking seriously. There are always small protests and riots within the city that the incident occurred in and is never taken to the state. It feels like the president is never actually trying to change laws and take on the action of stopping these types of things, especially police brutality. In my opinion, police brutality has a lot to do with racism and racial discrimination. For example, the Mike Brown case is a very well known case that still didn’t didn’t get the justice it deserved. This case isn’t the only case where police brutality and racial discrimination occurred and there wasn’t any justice. We also have cases such as Rodney King, Eric Garner, John Garner, Ezell Ford, Tamir Rice, Oscar Grant and hundreds more. There were also cases that maybe not had anything to do with police brutality but racism was a huge factor have and also ended with no justice such as the Trayvon Martin case. We also have the Charly “Africa” Keunang, Tony Robinson, Anthony Hill, Sandra Bland, Aiyana Stanly Jones, and many more. Can’t you do something so these people can get the justice they deserve? I know it may be hard but everything is worth a try. Reading hundreds of cases online, seeing videos and pictures on social media, and watching the news made me realize being black in America doesn’t mean anything and we are still looked at as nothing, just as we were looked at 400 years ago. That’s why there should be a change and the only person with power should be the one to try and make these changes. I know that racism is a belief and can’t really be completely stopped but I do think it should always be discussed and not only for black people but for every race that is also discriminated.

Women’s rights is also another very huge issue that I feel as a president you should really make it in your best effort to try to address. Many people look at feminist as women who just want to excel in the world and be greater than men, which is untrue. Feminist and feminism is a belief where both women and women are looked at equally. That’s a fact I think should be addressed and taught, maybe by the first lady with your support, or vice versa depending on the gender to whom this letter is written to.  Another thing is there are still not enough women in congress. Many of laws and bills passed are really decided by majority men. Only 19.3% of women serve in the House House of Representatives, 104 women hold a seat in Congress out of 535 seats. I feel issues like this should really be addressed to the public so people are educated on how little of a say so women have in this world. Things like tampon tax law, abortion laws, etc should really be a majority women based decision. However these subjects are discussed upon majority white republican males, totally unfair. Wage gap is also another concern us women face in the U.S. The wage gap is a gaping 21% which is pretty high being the fact this has been an issue for decades and seems to still go unaddressed. Many women, men also, are very uneducated on this huge epidemic that goes on in our country today. Knowing that as an African-American young women these are things I have to face when I step out into the real world after college really intimidates me.

I think it’s time for a change in America and it all starts with you. You are the most powerful and influential person in the world’s eye. Though you might have a few decisions you can’t completely make on your own, you still have the ability to make a statement and show the world that you care. That is my greatest wish is that you show the American your support and honest concern. The future is not only in your hands, but in ours too. We can’t change the world in one day with one person. However with the support system from people with power, guidance from those who are more educated, sensitivity about others concerns, and most of a common ground, you can change the world in no time. Make my vote worth it.