A Figment of His Imagination

Home A Figment of His Imagination 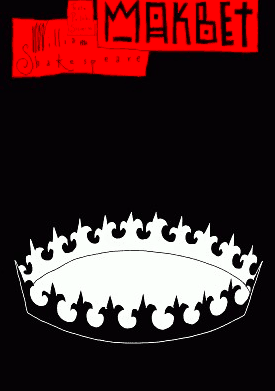 Youth Voices
A Figment of His Imagination

I picked Act 2, Scene 1, Lines 44-66 & 75-77 from Macbeth because it shows off Macbeth’s hysteria. The scene is at the end of the play, the cause of his death. It shows how he so badly didn’t want to blame himself for the murders he committed, so he instead blames his actions on fate. He acts as if he has gotten it all figured out, as if he had cracked the code, had been given a sign that murder was his destiny. But in reality he was experiencing delusions for all the wrong reasons, guilt.

At first Banquo is talking to his son Fleance about the night. He is feeling pretty on edge because of the result Macbeth had when the weird sisters prophecy came true. He is scared of the Witches, and he makes that pretty clear with the way he is handling Fleance in this scene. Macbeth, Banquo’s best friend, but also new King, enters with a Servant and torch. This approach from the dark startles Banquo because he thinks Macbeth could be the Witches. Macbeth and Banquo converse, mostly about Macbeth’s King status. It is nighttime. Macbeth has just became king, later on he will send murderers to kill Banquo. Macbeth no longer has people around him to distract him from his intrusive thoughts. Macbeth starts to hallucinate a dagger. Currently the conflict is Macbeth’s Hallucination of a dagger. At first he is confused, but then he starts to convince himself that he is envisioning the dagger for a reason, because it is a sign of fate, a sign that he is going on the right path. A path he must continue to follow, the path of a murderer. But he is probably just trying to reassure himself he didn’t commit an ungodly, sinful thing.

Macbeth is a dynamic character. At first, Macbeth is a loyal nobleman. He turns into a killer. the Witches and Lady Macbeth give him a big head. They pressure him to kill Duncan until he succumbs and changes forever. Then he becomes a manic killer who constantly is fighting his morality. He depends on the witches and his wife or his world would fall apart. They are the only things that gave his new life and mentality meaning. They reassure him that he is doing the right thing. His thinks that running over everyone is meant to be. The words “proceeding from the heat-oppressed brain” reveal that he knows he is damaged by what he did, he knows that he is not ok with himself. Macbeth would be staring at one spot on the ground, he would swipe and paw at the dagger, yet it would not meet his clutch. (he realizes that the dagger is a figment of his imagination)To start his soliloquy he would look up and rise from his knees. (This is the start of his realization) He takes out his dagger and grins, then he looks back at the hallucinated dagger and continues his soliloquy. Then he walks off the stage proudly.(he has reassured himself he is on the right path, and that the dagger was a sign)

The Poetic elements of the soliloquy is the comparison of real life to hallucinations. The theme is really just what the dagger means, why did Macbeth hallucinate the dagger, does it have a correlation to Macbeth’s life. Macbeth makes that connection himself at the end of the soliloquy. Phrases like “to feeling as to sight” and “I have thee not yet I see thee still” show off Shakespeare’s ways of implementing poetry into Macbeth.

At first, Macbeth’s tone is Confused.  This tone is created by the worry and shrill of his voice as it gets faster because he is so overwhelmed. It changes to entranced, though, in the next line, where his eyes widen and his voice becomes slow and somewhat quiet, he starts to breath heavier. Tonal shifts continue to happen. In the next stanza he becomes confused again, his eyebrows furrow and concern starts to creep into his voice, but this time his voice isn’t particularly loud or soft it is at a fixed level of volume.  In the next line Macbeth is in disbelief, he doubts his vision, his voice is shrill and frustrated, his eyebrows are kept raised throughout this line. In the next line Macbeth is focused, his voice now can barely be heard he is contemplating endlessly. His face is bleak. In the next stanza he again, in awe of this dagger, he shakes himself out of his state of focus and begins to paw at the dagger, his mouth is wide open. In the next line Macbeth accepts that his brain isn’t doing great and he realizes that may be the reason why he is envisioning the dagger. His face is now bleak, maybe a bit sorrowful even, his voice is dull, his brows eventually start to furrow once he realizes that his brain hadn’t reacted well to the murder. In the next line Macbeth convinces himself that he was going good. He shakes his head, dismissing his previous thoughts and he speaks confidently, loud and proud, in fact he smiles. In the next line he is even more confident, he speaks loudly, grins smugly, he’s Macbeth, he has a purpose and has been given a sign from god. In the last line is satisfied that he came to that conclusion. He smiles his words are loud and clear, he doesn’t have to worry about his “heat oppressed brain”. What nonsense! he decides.