Home A Hot Take on the Gun Debate 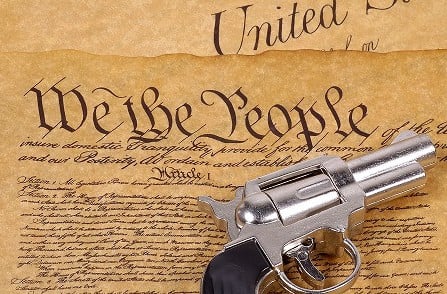 Hi!
I really liked reading this because I happen to be an advocate for gun control, and I felt that this article was opinionated but you had good evidence to back up your claims. My favorite part was when you contrasted rural and urban Americans, and how people who live in different areas have different outlooks on what guns are. However, is there a way to control guns without banning them? I ask this because a lot of studies have come out about other countries and how increasing gun control has reduced gun violence. Here is an article that looks into gun policy in multiple countries: https://www.vox.com/policy-and-politics/2015/12/4/9850572/gun-control-us-japan-switzerland-uk-canada. I would love to hear what your take on this argument is!

Dearest Will,
I really liked how you made your point, then had a firm argument for that certain point. Your post’s flow of ideas was really smooth and it was easy to tell what position you stood for and why. All of your claims were clearly justified and you really figured out the nuances of your argument. Each claim that you made was thought thoroughly and defended by a fact or a document that firmly contributed to what your original claim was.

Gun control is viewed as a slippery slope kind of argument. If the government bans a certain type of gun, then what will they ban next? But if we all are law-abiding citizens, then moderate amounts of gun control will not lead to a slippery slope (Conway III and Katayal). I think that your argument comes down to mostly common sense. Gun control should not be based off political views, but rather on what makes the most sense. It’s hard to argue this because even though some people might think we need something done, they won’t let it happen because it doesn’t fit their political side’s viewpoint or values. The split in politics makes laws too hard to pass, and early I said that if we all just respect the law, we should have no problem.

I really like your post. I agree with most of the points you’ve brought up, especially your final one. I look at this issue and just see prohibition in the 1920’s all over again. In prohibition alcohol was banned completely, but people wouldn’t stop. Since the selling of alcohol was illegal people made it themselves. This made it more dangerous. People were poisoned and seriously hurt because of how unhealthy it was. And because of this Prohibition failed miserably. “ Alcohol became more dangerous to consume; crime increased and became “organized”; the court and prison systems were stretched to the breaking point; and corruption of public officials was rampant.” (Thorton 1991)

In the case of Gun Control, I believe the same would happen. By banning guns that would only give people the incentive to buy them illegally. They may buy smuggled guns as you said or go onto the “Dark Web” and purchase them. And with those illegally purchased weapons they can attack people who have no weapon of self defense except for maybe a knife. But let’s be honest, what will that do against a possibly fully automatic rifle.And by purchasing smuggled items, this could lead to people buying fully automatic weapons since it’s already illegal.

Simply banning guns would be ineffective and would cause more harm than there already is. I do agree there is a problem with gun control. But the way people are going about banning them will only hurt them. And they need to understand this. The problem is even when they do hear this they are so stubborn about their stance that they don’t pay attention to it. Overall your post expresses all the right things and I think it was a great analysis of the gun control problem.