A Day Without Immigrants

Home A Day Without Immigrants 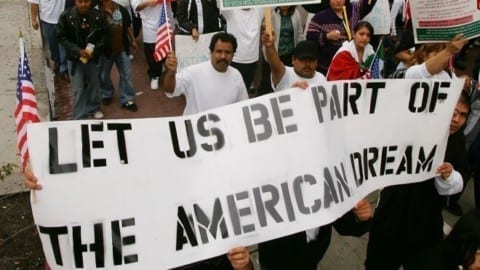 There is a lot of controversy with “A Day Without Immigrants” that happened on Thursday. My thoughts on this is that it really shouldn’t have happened. I understand that most immigrants are being greatly impacted by Trumps actions but I don’t agree that missing work and school was the way to raise awareness. Most kids in my school didn’t even really know the reasons for why they were going to miss on thursday they just wanted an excuse for missing school. The whole point of this day was too show Trump that immigrants are necessary to the success of America when in reality that isn’t really true. America can function without immigrants, a white man can come and work in the field and make more than an immigrant which would raise the price on the fruits and vegetables. I agree that Trump shouldn’t be kicking out immigrants but I don’t agree with the tactic immigrants took. Not working and not going to school or spending money on things is not the way to get the point across.

Hi Jenessa! I like how you talk about your own views on the tactics used. I don’t really like the aspect of blowing off school, work, and other commitments either.

Hi Jenessa,
I disagree with your statement that tactics that immigrants are using are not effective because if immigrants were deported from America then the “day without immigrants” would last forever and this day shows us what’s to come if trump goes ahead of his plans and remove immigrants from the country. This “day” in my opinion was a scare tactic to show American what life would be like if trump were to remove immigrants. Also, this “day without immigrants” serves as reminder that many of our friends and family are immigrants and deporting them would mean to alienate them as people and look down upon them.
What do you think? Do you have any friends that are immigrants or do you know any immigrants? Can you imagine life without them?

Jenessa. I think you bring up a very important topic in today society. I agree that the immigrants should not have taken the day off work and school to get their point across. I think they needed a way to get their voices heard but I feel there’s much better ways to do it. So far rallying has not done much but they need to be looking for more impactful ways to combat Trump’s policies. I feel that when you said “America can function without immigrants” is a true statement but that would be taking away the lives of so many people that have children and families who need support. Yes it is possible for for our country to be run without immigrants but it is not ideal. We should be excepting of everyone that comes in and give everyone a fair chance at the American Dream.