A Culture of Fear

Home A Culture of Fear 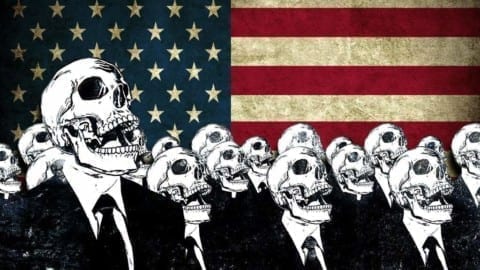 Everyone loves a good horror story. It seems that American media does, too. America is all too familiar with things that go bump in the night, slashers, ghosts, etc. These are the kind of fears you expect in American culture. Fears that are somewhat superficial. American culture has always made a home for different fears, though. Fears that are a little too real. American Supernatural Tales is a collection of short stories by American authors. The stories may be fictional and have monsters and spirits and whatnot, but they easily reflect the fear that takes up a large portion of American culture.

What exactly are our fears in America? Well, there’s plenty of fears to go around. People tend to fear different things depending on their situation in America. Several people fear an overbearing government or fear their rights being taken away. Some people fear being hurt ot getting killed or facing injustice due to factors like their race, sexuality, gender identity, etc.  Students have to fear bad grades or someone hurting them in school with a weapon. A lot of Americans fear poverty, war, or pollution. In America, we have plenty of fear to share. So it makes sense that what we read in this country reflects what we fear in this country.

One of the stories in American Supernatural Tales is What Was It? by Fitz-James O’Brien. In this story, a man finds himself attacked in the night by an invisible spirit of sorts. This leads to him capturing the spirit and giving it to science. The spirit suffers and is exploited. This story reflects the fears we face that pertain to how we treat others who are different than us. How innocent people can suffer or be exploited just for being different.

The story The Vaults of Yoh-Vombis by Clark Ashton Smith is relevant to new advancements in space travel and technology today. This story follows a group of scientists who explore Mars. They end up stumbling across dangers that change their lives forever. This story can remind us that, even though we may want to go to places like Mars, we must be careful since we never know who (or what) we may find.

Several stories in this book can reflect so many modern fears. Black Bargain by Robert Bloch reminds us the price we may have to pay if we make it to the top in America. In The Girl With the Hungry Eyes by Fritz Leiber, the author comments on the modeling industry and the models used in photos in an eerie fashion. A Visit by Shirley Jackson reminds us of our own fears of not being safe with those we don’t know well and the unknown. The stories in this collection weren’t written this year, yes, but they still reflect what we fear.

American Supernatural Tales isn’t the only book that reflects what we fear. Books like Brave New World by Aldous Huxley and 1984 by George Orwell present dystopian societies that our own society can be similar to and someday become the same as. Writers like Stephen King thrive in this culture of fear, churning out novels that either confront America’s fears or avoid them completely. Coraline by Neil Gaiman gives us a look at our own fears pertaining to our parents and the dangers of escapism. Horror books and horror media thrive in our culture for a good reason. They help us process the fears that come with living in America.

America’s fears aren’t just read on the pages of books, however. Several Americans live in fear of being hurt or killed due to inequality across several areas of life. We still have prejudice in this country, no matter how much some deny it. Books are needed now more than ever. Not only can books educate people on our fears, but they can also give us ways to combat these fears. Horror media can be useful when it comes to commentary and problem-solving. We just have to know how to use that media.

Chapman University’s most recent study on the top ten fears in America can help us understand just how often our horror media reflects American fears. In 2018, Americans fear “corrupt government officials” more than situations like pollution and a lack of money. Fearing the corruption of our government isn’t a new American fear. We can see this in the dystopian novels mentioned earlier, as well as in books like It Can’t Happen Here by Sinclair Lewis.  The plot of this novel revolves around the election of a president who brings fearful change to America in the name of tradition and patriotism. Sound familiar? Many believe that this book’s events are similar to Trump’s election. It Can’t Happen Here was published 1935. This helps prove that what America reads reflects what we fear. The same fears we have today have been present throughout our history and our literature since the start of this country.

Any reader can learn a lot from these creepy books. American culture needs to be detoxed of the fear that imprisons it. The best way to accomplish this is for people to understand what we all fear and how that is shown in pieces of media. This is why books like American Supernatural Tales are so important. They help us see certain situations in our lives and teach us about them. If we want to rid our culture of fear, one of the best things we can do is read.

Mia,
Your discussion made me think of what I was afraid of right away, however, after thinking about why I’m afraid of how people who are more conservative will make the world, I wondered why conservatives are afraid of liberal beliefs. This prompted me to find an article about why conservatives are more afraid of change. The article describes how people that are conservative have a “negative bias” based on a psychological study, not to say that that’s bad. This article might have a good insight into how people with different fears can work together to try and get passed some fears.
https://www.psychologytoday.com/us/blog/mind-in-the-machine/201612/fear-and-anxiety-drive-conservatives-political-attitudes

Quite the interesting post, Mia! I enjoyed the way you intertwined common themes and topics of horror with everyday cultural and social views in America. That really went to show the depth that hesitation and phobias can incur when paired with the kind of fear that you would get from watching a drastically dramatic horror movie or something else of the kind. The article below expands on this further, and goes into why Americans are feeling the stress associated with fear recently:

Your post is very interesting! It put into perspective the realistic fears that many Americans share. It made me reflect on my own fears, and I related to your literary examples. Here is a link that you might find interesting.
https://blogs.chapman.edu/wilkinson/2017/10/11/americas-top-fears-2017/

I really enjoyed this post, Mia. I thought you looked at American fears with an interesting perspective by combining traditional horror stories with more realistic fears people have currently. I especially like your conclusion about the importance of horror in the media, where you say that “they help us see certain situations in our lives and teach us about them.” It is important to recognized what is happening in society and respond to those ideas in a productive way, and the media is an important part of the analysis of these ideas. The following article takes a deeper look at the relationship between media and fear: http://www.kom.lu.se/en/research/konferenser-och-natverkstraffar/media-and-fear/. I would be very interested to hear about what you think about the media’s ethical responsibility is as it is related to these ideas.

Mia,
Your post was very interesting and engaging. You accurately summed up many of the fears that I personally hold about America. It’s interesting to read how so many different people have analyzed the way in which we almost glorify fear in our culture. Throughout history, authors have used many of the common fears of the American people in order to create elaborate horror stories that are fictional, but still rooted in truth. I found this interesting article that summarizes the changing ways in which fear has grown to be a very large part of American culture. Here is the link to it: http://time.com/4158007/american-fear-history/
You did a very nice job with this article and I look forward to reading more from you. Great job!

The idea of fear is often one not talked about in life. However many people paint irrational pictures of whats going to happen in the future but don’t often think things through rationally. We have to sit back, relax, and examine the odds of something bad happening. Most fear is caused by irrational thinking.

I enjoyed this piece of writing very much. The idea of fear is often one not talked about in life. However many people paint irrational pictures of whats going to happen in the future but don’t often think things through rationally. We have to sit back, relax, and examine the odds of something bad happening. Most fear is caused by irrational thinking.

I found your discussion post to be very interesting. I enjoyed many of the examples of fear you introduced through different pieces of literature. Fear and horror is something we, including myself, are all able to relate to and experience. It is part of being human. I really liked how you exposed in a way how America needs to detox itself from these different forms of fears and horrors in order to learn and understand from it. Another form of fear experienced not only in American literature, is also through American history. Though a different approach it would be very interesting to further see how our society is coated with fear not only in stories and writing, but also in past and current reality and history. Because one or something is different doesn’t mean we need to fear It. We have learned this through the equality for races, backgrounds, ethnicities, and different cultures. http://werehistory.org/racial-fear/

As a passionate lover of all things horror, I was happy to read your discussion post. Your catching hook had me diving right in. I found all the different examples to be quite interesting in how you related each to a different type of fear. I absolutely love Stephen King and recommend his book The Shining, if you have not already read it. https://en.wikipedia.org/wiki/The_Shining_(novel) Here’s a link to the wikipedia page just for a little more background on the story. I wish you would have included your own personal views on fear and the role horror plays in our society.