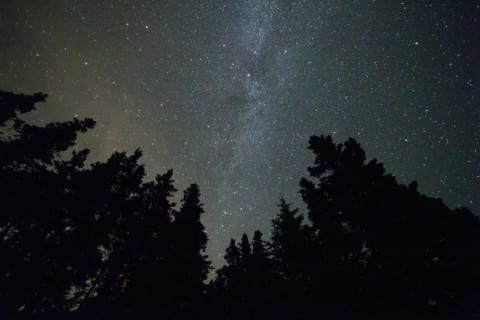 So far, the plot in “La Cabaña” reminds me of a beautiful story. This story centered on a father who loved his only daughter and a sacrifice predicted by a prophet. The daughter gave her life voluntarily out of love, and saved her fiancé and the tribes of both from certain death. Missy did not say anything when the story ended. Missy and her dad continued on their way to Wallowa. They ate the first meal that was a tradition of the Phillips family: beef shoulder, marinated in Uncle Joe’s secret sauce. For dessert they ate some brownies that Nan had prepared the night before. After dinner had already fallen. The first night they spent there had cost them four dozen Rice Krispies Treats, a box of chocolate and all their cookies with peanut butter. Before it was too late, the four of them took a short walk away from the bonfires and the lanterns, to a dark and quiet place where they could lie down and watch the Milky Way, dazzling and intense. Then they returned to the camp and, after several trips to the facilities, Mack clothed the three in turn in the safety of their sleeping bags. This story is a bit confusing but it is very nice because when you understand it you start to realize what it means to you.

I really like the way you told this story. It was very heartwarming and I felt like you had a deep connection to it. You used very descriptive language, and the way you wrote about the Milky Way was really beautiful. You have a very poetic way of writing, and it really compliments your analysis of the book.