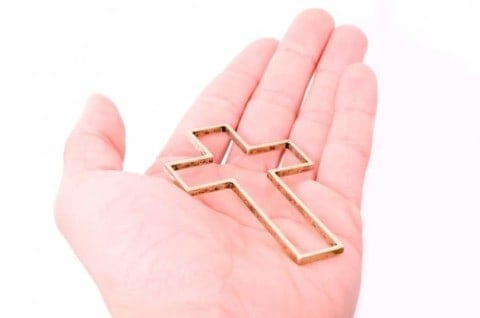 DISCLAIMER: This post is a reflective writing journal about leaving the Catholic Church. If you think you may not agree with my views, I would appreciate if you maintain respectful conversation or refrain from reading this altogether.

My voice used to be characterized by my headstrong, confident ability to distinguish between “right” and “wrong.” Growing up, I was taught religion as fact, but the Catholic Church failed to mention that, perhaps, not all of the events in the bible really occurred. I believed in a “right” side, which followed my religious upbringing, and I never knew that there were people who didn’t go to church. I never knew that not being religious was an option; to me, religion was just what you did.

I previously found solace in God. He was in me, so I was never scared. I knew I would be forgiven and had a place to aspire in Heaven. He was a calming presence, and I was a firm believer. My brother told me he didn’t think there was a God, and I tattled on him to my father, who informed me that no one could force someone else to believe. I was shocked.

When I went through an extended period of extremely difficult Obsessive Compulsive Disorder, I wondered why I was struggling so much. If God was there, why was this happening to me? I clung not to beliefs, but to facts, desperate to keep the truth straight, to keep the truth a part of my identity. There was no room in my head to invest in my faith, to be only a believer, and I began to question the truth in something that had no facts to prove its claims: religion. It dawned on me to question things instead of blindly follow. Why was Mom not allowed to take communion? Why couldn’t you be gay? Why exactly were we drinking Jesus’ “blood”? Why had I never seen a female priest? What if I didn’t want these things that accompany Catholicism? I no longer listened to the sermons. They sounded like fairy tales.

During this time of strife, I asked myself a lot of what-if’s. What if believe in something so strongly and devote all my time only to discover that it isn’t true? What if I’m wasting my time? What if religion isn’t the “right” side anymore? What if it never was? A lot of things can go wrong when you base your core belief system on something that only might be true. A lot of absurd examples came to mind. If some book said that eating roadkill would cure diabetes with no scientific studies to back it up, I’m sure no one would believe it, so why do we believe that a man called Jesus really made three loaves of bread and two fish feed five thousand people?

To add to my growing skepticism, the stories we listened to every Sunday at noon made me feel worthless. I was never good enough for the church’s standards. Swore yesterday? Hell. Didn’t share your cookie? Hell. Kicked a boy? Hell. I was taught to be kind, but I was also taught to be confined, and that is simply not me.

Dad was upset when my brother and I stopped going to church, but it was the best thing for us, and it was the best thing for my voice. However, even now it’s not a hundred percent solid. Around my extended family, I shove my voice down my own throat and go along with the charade. I nod along when people speak about God, knowing that they just want to spread a positive message and that I shouldn’t spew my obscure opinions when it’s clearly unnecessary. But at the same time, I feel like that little part of me is a lie.

I want to be a good person, but I don’t think religion is the only way to become one. I want to base my morals and my voice on truth to avoid mistakes that didn’t seem like mistakes when you were making them. It is hard to find the truth sometimes, yes, but it is worth it. Religion is a place to search for spirituality, forgiveness, and peace, but it is not a place to search for the truth, yet that is what I believe in most. I believe in the acceptance that you don’t always have every side to a situation. You only have a fraction of the knowledge there is to know. I don’t want to pretend that a book written almost two thousand years ago knows the truth and the difference between “right” and “wrong” anymore.

Adelle,
Thank you for sharing your post. I found your ideas to be very interesting. I agree with your idea that “I want to be a good person, but I don’t think religion is the only way to become one.” I also believe that one should have to subscribe to the beliefs to a certain religion just so that they get into the afterlife. I think that the idea of questioning your own faith is very important. I found an article online about the statistics of people leaving the catholic church. It states that “Seventy-seven percent of those who were raised Catholic but no longer identify with the religion said they could not envision themselves eventually returning to the church.” You should really check it out:
https://www.washingtonpost.com/news/acts-of-faith/wp/2015/09/02/the-vast-majority-of-u-s-catholics-who-have-left-the-church-cant-imagine-returning-study-says/?utm_term=.1c4806a3f864

Hello Adelle,
I stumbled across your post and was intrigued by your disclaimer, so I thought I’d give it a read. I feel like I have had a very similar experience to your own. When my brother stopped going to church and praying before meals, I was outraged. How could someone turn away from God like that? But I was only 7 and didn’t understand what my brother was doing. I was raised Catholic and have attended Catholic school for the past 12 years. It wasn’t until high school I realized I didn’t have to believe everything I was fed. I had gone to church at least three times a week because of my school, and we took mandatory theology classes. I felt like I’d been forced into a faith without any idea what it was about. Now that I am older and my parents accept that I don’t believe what they do, I am able to understand other aspects of my life better and not blindly follow, shutting away my questions and disagreements. I am very glad you found your voice, but I hope you never stop trying to make it louder. Here is an article on being agnostic you may find interesting. https://www.bustle.com/articles/98191-what-does-being-agnostic-mean-5-things-to-know-about-those-of-us-who-keep-our
Good luck!

This is a really interesting post and something that I haven’t seen a whole lot of on youthvoices. I have been in the Catholic School system since kindergarten, and I have come across the same dilemmas and uncertainties that you faced. I think what your dad says is right in that you can’t force someone to believe, which is how they should be treating you if they really believe that. In the age of search engines allowing us any information we could possibly want in seconds, it seems like it’s getting harder and harder to remain faithful to any sort of religion that leaves so many questions. It’s difficult to go against your own family but it up to every person to decide for themselves what they believe in and stand by, so good on your for making these choices for yourself.

Here’s an article that you might find interesting, although biased: http://www.patheos.com/blogs/naturalwonderers/7-tips-for-dealing-with-religious-relatives/

Hi Adelle! While reading your article, I found your opinions to be very interesting and compelling. I was raised Catholic and have gone to Catholic school since I was five, so I have felt many of the feelings and experiences that you’ve gone through in your life. Although my faith is strong right now, there have definitely been times where I’ve questioned multiple things about the Catholic Church. I think it’s very brave of you to stand up for yourself and your own beliefs, rather than taking the back seat and letting your family or community choose for you. Pope Francis commented on why Catholics should doubt their faith at times, and search for answers, check it out! http://theweek.com/articles/446850/pope-francis-wants-catholics-doubt-church-hes-right