A Brief History of Counterculture in America

Home A Brief History of Counterculture in America 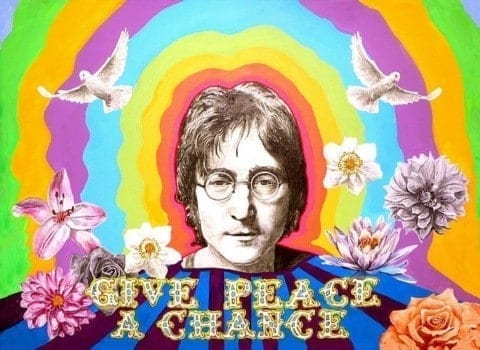 Modern Utah counterculture isn’t the only example of rebelling against the norm. There have been many examples of this throughout history, and they all have something in common: a strong, conservative culture to rebel against.

When looking at American history, it was a long time period of white settlers attempting to civilize all of America, which included putting Native American children to go to a boarding school to “assimilate to the American ways of life”. For the most part, for a country founded on rebellion, Americans didn’t rebel against the system until the 20th century.

The late 1800s and the early 1900s consisted of an extremely bland culture. During the gilded age, Americans were focused on trying to make ends meet. Most families were working very hard and didn’t have time to focus on fashion or art. After this was WWI, which consists of people either fighting or working to help the soldiers in one way or another. Food rations were in place and again, there was no room for any real culture to erupt.

This all changed in the 1920s. This period was a time of great economic prosperity for Americans and freedom from war was a great relief to all. However, with all of this progression, conservatives still wanted old American ideals to remain. During this time of prohibition and the overbearing eye of the older generation, a counterculture renaissance emerged.

Young people in the 1920s began to wear short dresses, cut their hair into a bob, became sexually rebellious, drank liquor even though it was banned, and partied their hearts out. With novels such as “The Great Gatsby” and musicals such as “Chicago”, this time period is iconic for being glamorous and flat out rebellious. This glam culture came to be because of the bland culture that had been existing in America since it became a country.

This culture sadly came to a close in the 1930s when the Great Depression struck, leaving America struggling with poverty. This rerose the same type of “culture” that was going on in the gilded age: families just trying to keep their heads above water.

After the Great Depression and WW2, the 1950s left America very wealthy again, but unlike the 1920s, there wasn’t a big counterculture movement. Instead, we were left with an extremely conservative America. Americans prided themselves on traditional values and this time period known for its sexism and racism. This culture went even stronger into the 1960s.

In 1969, the US Selective Service began to draft men born from 1944-1950. This caused much outrage among the youth. From this age group who grew up with their parent’s conservative views emerged a largely democratic group of people who didn’t believe in war. Originally, this group of people belonged to the “Youth International Party”, also known as “Yippies”. These people were usually students that were strongly liberal and used their free speech to protest against the war and the draft. From this emerged a new culture, the one that everyone knows and loves (besides the conservatives of the time), hippies.

Hippies are known for their tie dye clothing, long hair, sexual freedom, usage of drugs, and love of psychedelic rock. Hippies are those who branched off of the Yippies to instead become a part of the hippie culture. Although some hippies would still protest, their peace symbols became more a part of the culture rather than remembering what the peace symbol actually meant.

Flappers, Hippies, and Non-Mormons in Utah are both similar in the ways that they emerged out of an overbearing and conservative main culture and became a small but very strong counterculture.