A Boy in a World of Hate

Home A Boy in a World of Hate 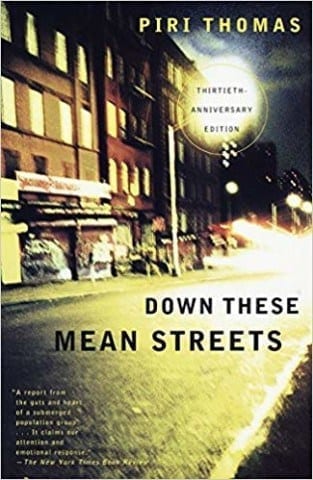 In the second part of the book I am reading, Piri (the main character of the book) and his family had moved to Long Island. Piri wasn’t really a fan of this idea he thought that Harlem was the only place that would really understand him and where he’ll feel at home. I honestly don’t know much about Harlem especially around this time period, but if I had the choice to move to a new neighborhood where i’ll have a chance at a better life and where I won’t be treated as just another statistic, i’ll take that chance. That’s what I would say if I didn’t read the rest of the story.

The second part of “Down These Mean Streets” by Piri Thomas might leave a reader furious because when Piri and his family moved to Long Island he was faced with many cases of racism in his new school. An example of this is on page 85, it says “ Imagine the nerve of that black thing, who? Someone asked, That new colored boy.” this is typical for the people surrounding Piri’s life in this book, so far people who are not Piri’s friend are often racist towards him and or always try to fight him. The quote came from a girl that Piri was friendly with and her friends.

After this part of the book, most readers probably will be looking forward to reading the rest of this book because Piri still faces racism and hate from people, not only that but he’s also starting to become an addict. What’s probably going to happen next is that he’s gonna notice that he’s getting addicted to drugs and will try to overcome it.