To be Free and to be American

Home To be Free and to be American 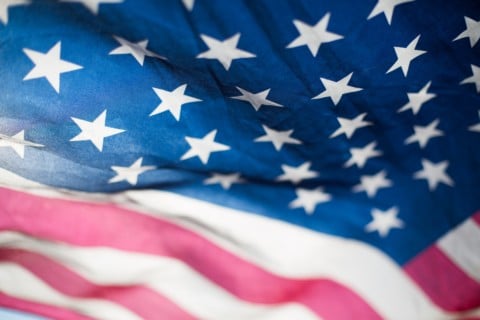 Many people have many different interpretations of what it means to be an American. Some may think that being American is being able to do whatever they want. Others may believe that being American is having their own rights and following their own values. However, amongst all of these responses, the one thing that remains the same is the idea of freedom. This is a value that, throughout history, has been entitled to all citizens of the United States and has been one of the main characteristics of what it means to be American.

One famous government document that grants freedom to the citizens of the United States is the Bill of Rights. The first amendment grants people the freedom of religion, speech, press, assembly, and petition. These are rights that many people value as an American. For example, in the Sherbert v. Verner Court Case, the Supreme court ruled in favor of Sherbert, who was unjustly denied employment benefits just because she wasn’t able to work on Saturdays for religious reasons (“Sherbert v. Verner”). Sherbert went all the way up to the supreme court to get justice and to protect her right of freedom. This shows how much she values her freedom. It is a right that is given to her as an American. It is a value that she wants to uphold.

Another thing that supports the idea of American freedom is the concept of the American Dream, the hope of a better future that people wish to have as an American. Some may think that this concept in itself is too idealistic, nonetheless, this has been something that has motivated thousands or more people to immigrate to America seeking opportunities and freedom. For instance, “migration from Mexico to the United States has been largely driven by low-skilled, unauthorized workers seeking economic opportunity” (Zong and Batalova, “Mexican”). This shows how many Mexicans immigrate to the United States in search of opportunities. The American Dream is something that believed to attainable by many. Therefore, many people do see America as a place of opportunity and freedom.

Last but not least, many works of writing support the idea of America being the land of the free. One work that supports this claim is the poem Let America Be America Again by Langston Hughes. In this poem, Hughes talks about how America was a place that promised equality, freedom, and prosperity, yet none of those values have been truly upheld for everyone (Hughes). This poem may make it seem like America isn’t a place with such values, but the fact that he pointed out that not everyone is able to equally enjoy those values shows that those values do exist. America is a place with those promised values.

Although many people do see America as a place of freedom, some people do continue to argue otherwise. Nevertheless, those who continue to believe and fight for such value show that America is a place where freedom is very important. Therefore, freedom is a value that makes an individual an American. It is what defines what it means to be an American.

Hi Amulya, I agree with your claim that to be American means to have equal freedoms. In many other governments, the freedom of speech is forbid and the citizens cannot openly criticize political figures. In America, people do that everyday as demonstrated in social media forums and television skits. In history, countries have had mandatory religions or had dominant religions that citizens had to abide to at different levels. In America, it is common to see many buildings of different cultural practice in the proximity of one another and people choosing which religion if one at all they want to follow. In America, the society in general is much more open to differences in speech, practices, and people expressing their opinions on any subject. Your example of the Sherbert v. Verner court case demonstrates the American importance of freedom and the importance of constitutional freedoms ensured to all citizens by showing how no inequalities should be encountered by people due to their personal expressions. The main reason for the importance freedoms seem to be because of the influx in immigration to America that was present for the majority of country’s history and the history in general. By the people wanting freedoms that were not based on hierarchy, the freedoms of speech and expression were written in the constitution. The reason society is free in terms of religion is because America has the largest variety in people from different cultural backgrounds so there isn’t a hierarchy that is obviously present in society. In current times, it is also seen that although freedoms are said to be guaranteed, there are still structural problems in society that prevent the claim from being true. Overall, the main defining factor of America seems to be the freedoms practiced by the people in social interactions and society.