Deforestation is hurting our environment

Home Deforestation is hurting our environment 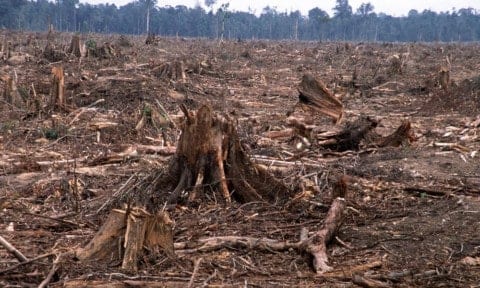 People cut all the trees down to make tall buildings and other things that are made with trees but they don’t know that deforestation causes global warming. Because as you cut down trees more carbon dioxide is released and the more carbon dioxide we have the more global warming can cause , and more heat is being trapped. Deforestation is also hurting our environment because deforestation can lead to removing habitats. Humans are cutting them down, clearing these essential habitat on a massive scale. Which mean the animals won’t have anywhere to live. Then if they don’t have anywhere to live that would lead to removing their ecological niche. Deforestation not only removes vegetation that is important for removing carbon dioxide from the air, but the act of clearing the forests also produces greenhouse gas emissions. This will also hurt the animals because they won’t have a habitat or a niche. Also deforestation can remove food sources; when humans cut down trees it’s hurting all livings things in the forest .

Hello Yeury!
I completely agree with you that deforestation is bad for all living things including us! It is sad to think how many thousands of acres we as humans have destroyed in such a short amount of time. I found this article which also has a video showing more reasons why deforestation is happening and is bad. I hope you enjoy! https://www.livescience.com/27692-deforestation.html
Thanks,
Pauline