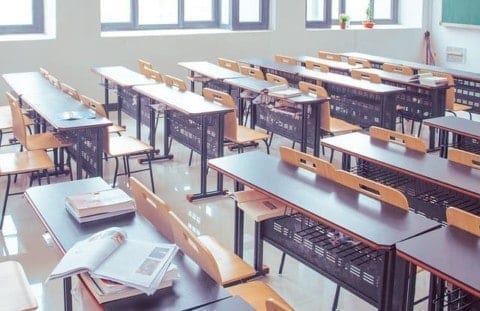 Dress codes were first implemented in America during the 1960’s when most families began to make enough money to afford newer, more diverse clothing. They were originally meant as a means to keep the student population “in line” with administrative teaching to to keep the school environment distraction-free (Littleton). However, now they have grown into a form of control over the students and their right to express themselves, particularly young women. Increasingly girls are being told to change outside of class or even report home if a teacher or administrator believes her outfit to be too “out of line”. In most cases, the reasoning behind such action is because the girl’s outfit is too “distracting” for male students, faculty, and even parents in the case of a young woman in Virginia during her prom. The fathers of other students found her dress “distracting” despite it being well within school regulation and was forced to leave the dance to change (Valentie). This, effectively, body shames girls into thinking something is wrong with their overall appearance. When they are pulled out of class, this creates humiliation which has a lasting effect on the student. (Valentie) It also makes it difficult for girls to find something “appropriate” to wear to school if just about the only thing on the market for young women to wear are the things they are being punished in school for (Wallace). And it doesn’t just stop at the education level. The Missouri Legislature wanted to enact a dress code for interns after it came out that several sexual harassment claims from the office came forward, enforcing the idea that the workers “were unable to control themselves” because they saw another human body (Chemaly).

Anika I think you did an amazing job on the topic of uniforms. I really like that you provided the history behind the dress code and I found it very interesting. I found a source on the pros and cons on uniforms and I believe it will be very useful to your research. Great job Anika!
https://smartasset.com/mortgage/the-pros-and-cons-of-school-uniforms

Great article, Anika! I really enjoyed how you highlighted the struggles that dress codes bring to women. Based on your post, I think you would find this article (https://www.theodysseyonline.com/real-impact-school-dress-codes) interesting. I look forward to reading your future posts!

Anika, Dress codes take away how people express themselves and I don’t agree with that people should be able to wear what they want. Saying the way a female dresses will distract a male can also imply that there is no self-control over themselves. I do agree that dress codes would save people from humiliation if they’re getting pulled out of class but having the freedom to wear what you want is more important.

I really liked that way you touched on a new view of uniforms. I especially liked this line “they have grown into a form of control over the students and their right to express themselves,”. I liked this because I feel very strongly about this subject and the objectification of women. I enjoyed your post Anica and I liked how you stood up for women and talked on their behalf, I would love to read more about how you feel about other things women are ridiculed for.

I think your article is very interesting. Would just having school uniforms be better? Or do you think there should be no restrictions on dress? I think that it is ridiculous that these people were “distracted”. They should work on their own self control instead of trying to fix their problem by changing others.

The description of “enforcing the idea that the workers “were unable to control themselves” because they saw another human body” perfectly exemplifies the cause for dress codes in our schools. Pointing out how the clothing market makes it difficult for young women to abide by dress codes is something I had never considered.

Hey, Anika. This is a really interesting topic. I didn’t know that parents were complaining of student’s attire being distracting or that companies had a dress code to avoid distracting coworkers. I always just thought it was a part of looking professional in front of clients. Do you think that uniforms in the work place and and at school are a solution to dress code violations or a stricter version? I would love to hear more from you on this topic. Maybe you could discuss dress code variation based on location or age group.

Hi Annika, I really liked your post about dress codes. I especially lied when you said “now they have grown into a form of control over students”. I can relate to this because I have been told that I am dressed inappropriately several times, and it feels like the adult is just trying to show that they can do that because they are an administrator and they have power over me. Thank you so much for sharing this. I feel like it will be very impact in the future and help stand up to sexism and power trips.

I agree that dress codes are good. They help people not stand out, and and less stressful to think about what you’ll wear for school in the morning. But the way people get treated for it is unreasonable. Especially at Judge when the faculty and staff prioritize something like “an untucked shirt” to stop class to tuck in their shirt.

I really liked what you wrote Anika, it really highlighted the inequality that plagues young females all over the country. It also really made me more aware of what is happening around me with this topic, I had no idea about the court case wanting to put a dress code on interns. It was enlightening and informative, yet well written and had a clear point of view.

I agree that dress codes are too confining and frankly ridiculous. One point that I’ve also heard made is that dress codes are insulting to both girls and boys. Assuming that a girl showing off her shoulders would be too distracting for boys to handle implies that boys have no self-control. It’s demeaning for all the students involved, and there’s really no reason for it.

This is an aspect of uniforms that I never considered. It seems like more of a convoluted subject. I really never thought more of uniforms than being a standard thing for all students to wear to make the school appear more professional. Reading this post gave me a little enlightenment about different perspectives about the pros and cons of wearing uniforms. Fascinating Post!