Is Artificial Intelligence and Transhumanism Good or Bad for Our Future?

Home Is Artificial Intelligence and Transhumanism Good or Bad for Our Future? 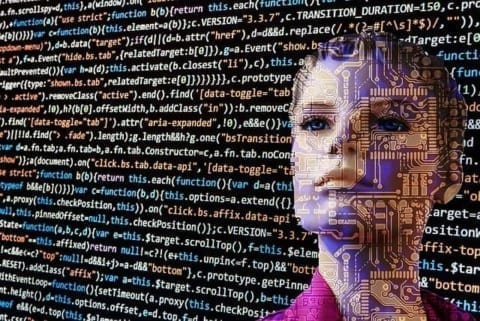 My name is Glenda Ramirez, I am a 16-year-old female who goes by the pronouns she/her, and I am currently a student at Oakland Unity High School. Recently in our English 10 class we have been discussing the topic of robots, whether they will be made for the better or worse of our future. Personally, I believe that humans should stop building robots because they will only worsen our future. James Barrat states in his article titled, “Our Final Invention: Artificial Intelligence and the End of the Human Era” that “we are talking about a machine that could be a thousand, a million, an uncountable number of times more intelligent that we are,”(Barrat James 2015).I totally agree with Barrat because we honestly do not know what we are getting ourselves into, we are not one hundred percent sure that these machines will be created and that they will protect us forever, they can turn against us at any moment and hurt us maybe even kill us. Robots are not created with soft or material that cannot hurt us, they are made out of metal and steel which is can cause a lot of damage to a human. Arthur House made some really interesting questions that left me thinking in his article titled, “The Real Cyborgs”. Some of the questions are, “Will those with the resources to access enhancements become a cyborg super-class that is healthier, smarter and more employable than the unenhanced? Will the unenhanced feel pressured into joining their ranks or face falling behind?,”(House, Arthur 2014). I think this questions not only left me thinking but also plenty of other people because he is right what will happen to the people who would remain a “minority” or the “weak population” who cannot afford to have artificial intelligence inserted in their bodies, it’s a question no one can answer know but it is something we should all consider before considering the situation. This would only make our world worse there is already inequality and discrimination based off the color of our skin, now people want to bring being part robot into the world which is something I am completely against because we should learn and accept the fact that we do not have certain capabilities for a reason because we would only hurt each other.

Some people may say that having robots in our future is a goof thing because they will help people in need, but they have recently been created with feelings, like a human, and can at any time become ones enemy. Again Arthur House states in his article how “‘brain peacemakers’, alleviate the symptoms of 30,000 Parkinson’s sufferers worldwide,”(House, Arthur 2014). Yes, I very well understand how implanting “pieces of robot” in a human can be extremely beneficial especially for people with harsh diseases like this, but our future robots cannot be trusted. In the movie we watched in class, I, Robot, we saw how “Vicki” the brain of all robots tried to make the “new and improved” get rid of all old robots to make, what she thought would be, a better future for robots. She thought that humans were only destroying their own world and future so she tried to “help” by creating something like a war between robots. I am just afraid for our future and what people have in mind for it because I surely do not want to go out and walk while surrounded by machines, I want to see real breathing humans just the way they were brought to this world, without technology inside of them that is. Thank you for taking your time and reading my post I very much appreciate it have a good morning/afternoon/night.  #unityhigh  #robots