Everyone should be EQUAL: The message of “This Is America”

Home Everyone should be EQUAL: The message of “This Is America” 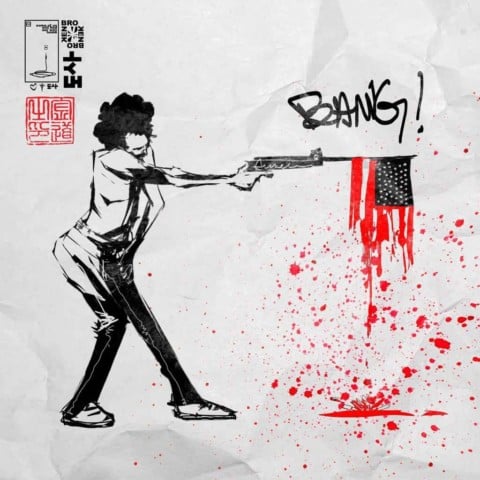 I believe the video “This Is America,” by Childish Gambino represents how America is today in 2018. This music video by Mr. Gambino gives a very vivid depiction of what society is and looks like today. I believe that the video wasn’t just made for a particular group, instead it was made for everyone to see the bigger picture.For example, in the video at (0:51) seconds, he shoots a black man in the head. I feel this could be a slave being killed because of the sack he has over his face and skin color, but also it shows a representation of how many African Americans feel today. I think they still feel enslaved and undermined by white supremacy. This is something that shouldn’t be happening in the year 2018. Everyone should be equal.

Another example of what childish gambino tried to show is at (1:09). He starts dancing after someone dies. I think this symbolizes some sort of humanity coming from him, and this is important in the context of this video because of all the problems surrounding him in the background which nobody seems to notice but all this chaos is happening and his way of coping with the issue is by just dancing.

A third example of what childish gambino tried to show is at (1:57) where he shoots a machine gun at a group of African Americans singing. I think this is to show the deaths of the choir group in real life and how they were murdered by an automatic weapon inside a church. This helps show that anybody and anyone can be shot no matter the place and time which is a very tragic thing happening today in America.

A fourth example of what childish gambino tried to show is at (3:43) where childish gambino running away from a group of people. I think this is to show how the black man in the movie “Get Out” was doing the same thing because he was running away from the white people trying to enslave him. This reminds me of the movie “Get out”, which I think he is trying to reference, by running in a straight line like the black man did in fear for his life by running away.

A fifth  example of what childish gambino tried to show is at (2:01) where a gun is being treated with care. I think this is to show how much America cares more about guns than all African Americans in the United States. This is all due to the fact that the United States is currently more concerned about keeping the second amendment as it is instead of how all the African Americans are being treated and shot everyday because of hate crimes.

I believe this video should’ve opened the eyes of everyone in America because of what it represents. For example, in the video I believe Childish Gambino is himself America and he’s showing us all the different stages America has been through from slavery to discrimination in today’s society.

Adelphe, I found your article very interesting, because of all the ways you explained some of the events that occur in the video. For example, I like where you said that the guns being treated with care shows how Americans care more about keeping the second amendment, than those who die due to guns. I think this video and the movie you mentioned are great ways to show everyone what goes unseen. I would like to know if there are any other movies, songs, or books that have hidden messages like this.

This was a good example to show how america become

this video has a lot of hidden meanings which many people don’t understand cuz they ain’t woke like some of us and they aint getting the message that the video is providing us.

I believe this was going in depth and that’s good i quite did not understand the song but now you explained everything and now i understand.

I am interested by your article ” Everyone should be equal” in reference to Childish Gambino’s music video. This interested me because the words you are saying are inspiring and i agree with everything that you’re saying.

One sentence that you wrote that stands out for me is ” This helps show that anybody and anyone can be shot no matter the place and time which is a very tragic thing happening today in America”. I agree with this because a lot of innocent people around the world are being killed for no reason. It’s sad because you cant even be outside without the thought of something happened to you or a loved one.

Your post reminds me of something that happened to me. One time i went to a protest against violence. It was interesting because i got the chance to see all the people from around the world that wanted change to happen.

Thanks for your writing. I look forward to seeing what you write next because i know it’s gonna be good and i would like to read more about your thoughts because we could relate in many different ways.

I liked this video because it had a lot good messages