Crisis in The Ukraine

Home Crisis in The Ukraine 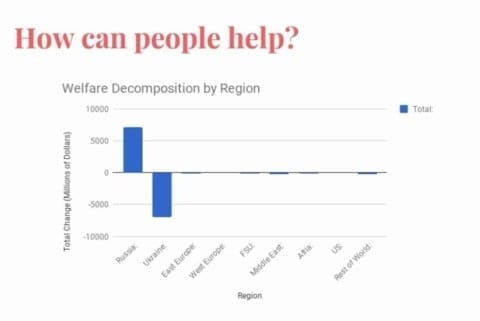 The crisis in Crimea is that Russia had annexed the Crimean peninsula from Ukraine, and illegally occupied it.

I am passionate about this issue because I feel as though it has implications that ripple throughout the world. It is very unfair to the Crimean people, and so I feel bad for them that they have had their voices suppressed. In addition to that I feel as though it sets a precedent that Russia can do this to more places and minority groups, which would be very bad.

After doing this project, I know how much the people from Crimea and Ukraine suffered. While Russia was taking the resources and advantages of holding Sevastopol. In addition, I learned about the history of Crimea.