Home Why does one movement get more support than another? 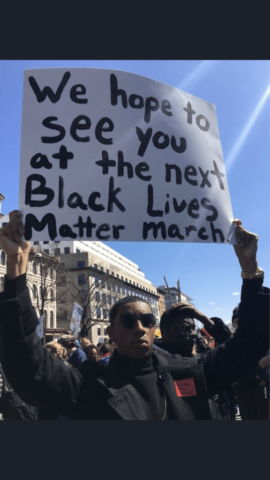 This post was absolutely outstanding to me for the simple fact you had events and examples of what you were saying so you can back it up. i find it almost outrageous that history does nothing but repeat itself. might not be a major issue like the slaves but this is a huge issue and if someone doesn’t do something to stop it it will continue to grow as a problem. Stephon being killed in his own backyard is crazy. your not even safe at home anymore. how do you mistake a phone for a weapon? that’s sad these cases get more fishy and fishy as time goes on and nobody such as government officials seem to care it’s like they want the African American race to be exiled. this has always been a problem but now the police violence and killings are getting out of control big time.

Thank you Ty’Arika for your insightful post! I found your comparison for teachers and administrators helpful, the experience of not being given acknowledgement for your work is something that should help many people empathize and understand the need to elevate the youth voices in the black lives matter movement.

To me, your analysis also relates to the need for critical consumption of media: what people and movements do our newspapers and TV shows cover? How can we make sure we are learning about and supporting marginalized voices when we make choices about what articles we read, post, and share?