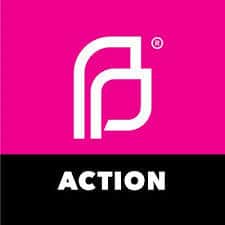 Talk regarding Planned Parenthood has been in the media spotlight as arguments on both sides about keeping funding for it have arisen. This talk about planned parenthood has caused many truths and misconceptions about this organization to rise. The most common misconception formed about planned parenthood and what they do is that they are all about abortions.  But statistically, this is not true. According to an article posted on CNN, “Planned Parenthood says 3% of the services it provides are abortions.”; an extremely small amount.

Some other misconceptions include that “their government-funded, extensive education programs aren’t doing anything, that taxpayer dollars are going towards abortions, and that Planned Parenthood could survive on private donors alone.”  All of these are exactly what they are said to be, misconceptions. Through their sex education and outreach, “they’ve allegedly helped reduce teen pregnancies to the lowest they’ve been in 20 years. They’ve also reached over 1.5 million adolescents and families, and trained over 18,000 teachers, school staff and youth counsellors in the process.” It is illegal for planned parenthood to pay for any abortion service with the money provided to them by the federal government. So none of the taxpayers money is going towards abortions except in very particular cases; cases of rape, incest, or to protect the life of the mother. The majority of the money funding planned parenthood comes from federal money, though it does receive large sums of donations. Some companies that have directly funded them include Adobe, Clorox, Converse, Groupon, Microsoft, Nike, Wells Fargo, and several more. Some celebrities that make donations to planned parenthood include Julianna Moore, Kristen Bell, Scarlett Johansen, and many others. Though these donations are extremely helpful, they will not be able to sustain planned parenthood for the long run. The donations may keep them going for a limited amount of time but not as long as the federal government would be able to sustain them.

Interested in finding out what my peers knew about Planned Parenthood and their thoughts regarding the services they provide, I created a survey. When asking people what they knew about planned parenthood some of the responses included, “they provide affordable reproductive services”, “you can get multiple types of birth control for free or with insurance”, “it helps you organize and plan having a baby. It helps unplanned pregnancies with abortions or other options”, “I know that they help people of all ages with making the decision that’s right for them when it comes to their pregnancy”, “Planned parenthood is a non profit organization that provides options for men and women related to family planning as well as contraceptives to protect against sexually transmitted diseases, and testing related to STDs.”,  “they provide all medical services for men, women, and families despite insurance availability including counseling, mammograms, and yearly checkups.”, and “They are a primary source of healthcare for many people who can’t seek help elsewhere. Planned parenthood usually provides healthcare for low income families and individuals. They play a vital role in tackling health disparities that greatly impact our societies today especially, but not limited to, STDs/STIs. Cervical cancer along with breast cancer are just a few of the screenings they provide. Access to affordable and reliable birth control, screenings, information, basic healthcare and so much more makes for a healthier society. Without planned parenthood….oh god i don’t even know.”

The majority of the responses I received from my survey included answers like the ones listed above, however I received several stating that the only service they knew that they provided was abortion. This shows that the misconception about abortions and planned parenthood is relevant everywhere, even among the people of my same age group. The majority of the people who took my survey were aged between 15-18, but there were a couple others outside of this age range, all older. Of the 78 responses I received on my survey, a good amount of the people were were on some sort of birth control and the majority strongly agreed that reproductive health care is important, 70.5% to be exact. This data is interesting because it allows me to get anonymous answers from so called “living sources.”

Ceceli, I think that your topic concerning the misconceptions of Planned Parenthood is very important as it plays a very big role in our society. Many people underestimate how much good it does for humanity as a whole, and not everybody understands this idea. I found it shocking when you said that, “The most common misconception formed about planned parenthood and what they do is that they are all about abortions.” I provided a link to a website that goes more in-depth on this issue. Thank you for sharing and please continue to write more!
https://www.globalcitizen.org/en/content/6-myths-about-planned-parenthood/

Ceceli,
This is a very relavent and interesting topic that I wish people knew more about. I think that the misconception that all planned parenthood does is abortions is ridiculous and neglects to realize how many people that need the help that they offer. It isnt fair to deny people basic medical care and contraceptives especially if we dont allow them to get abortions and people need to get much more educated on the subject and how helpful it is to so many people.

Ceceli, I really enjoyed this post because PP is relevant in our lives so much. I believe that we need to keep the PP’s open. They have helped women all across the world in so many ways. Many people don’t understand that and that is why it is important to start informing others. I took your survey as well and it is awesome that we know so much about it already. Here is an article I found: https://www.globalcitizen.org/en/content/6-myths-about-planned-parenthood/

Hi Ceceli! I love the research that you’re doing, it’s very important to find the misconceptions about Planned Parenthood and educate those that have certain misconceptions. It’s hard to have a conversation when uneducated parties try to make points that aren’t even relevant or true. I think it’s pretty cool that our classmates knew so much about Planned Parenthood in your survey, it gives me hope for our generation!! Here’s an article that talks more about planned parenthood misconceptions if you wanna take a look: https://www.thecut.com/2017/01/misconceptions-about-planned-parenthood.html