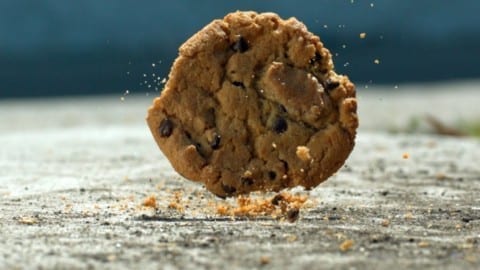 Everyone has dropped some food on the floor and still wanted to eat it.

You may want to think twice about eating that candy you dropped on the floor. No matter how fast you pick up fallen food, you’ll pick up bacteria with it, says a new study challenging the “five-second rule.”

Researchers at Rutgers University in New Jersey tested how watermelon, buttered and unbuttered bread, and gummy candy fared after being dropped on bacteria-filled stainless steel, ceramic tile, wood, or carpet. They found that whether the food touched the surface for less than a second or for 300 seconds, all were contaminated with the bacteria.

The longer the foods stayed on the germy surface, the more germs they picked up, so 5 seconds is better than 10—if not exactly safe. “The popular notion of the ‘five-second rule’ is that food dropped on the floor but picked up quickly is safe to eat because bacteria need time to transfer,” says microbiologist Donald Schaffner, who led the study. “But bacteria can contaminate instantaneously.”