What it Means to be American?

Home What it Means to be American? 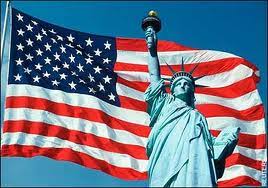 I believe what it means to be American is not to be so ignorant. We’ve been ignorant our whole lives even when President Thomas Jefferson said, “We need to change our ways and not be so ignorant.” I think President Jefferson was talking about all the slaveholders including himself because many of them considered African American as property. Even though Thomas Jefferson knew that slavery was wrong and that he was wrong in profiting from the institution, but he never freed his slaves.
According to the article Less than 20% of Americans say they’re living the American Dream, it says, “That fewer than one in five Americans feel like they’re living the American Dream. A complex concept that involves a variety of factors. The three most important elements in the American Dream is owning a home that you love, starting a family, and finding a fulfilling career. There are risks in the American Dream as well like consumers are in debt, lack of financial literacy, and stagnant wage growth.” On pg. 19 in the book Tribe, it says, “Modern society is afflicted with some of the highest rates of depression, schizophrenia, poor health, anxiety, and chronic loneliness.” Also on pg. 66 in Tribe, it says, “In every upheaval we rediscover humanity and regain freedoms.” In the documentary American Creed, Sonja Dillard asked, “Do we really know what it means to be American?” I honestly think that we don’t really know what it means to be American with everything that’s going on for example some people abuse their right of freedom of speech.
When I was reading the article: Less than 20% of Americans say they’re living the American Dream, I collected a bit of evidence from the article that says, “That fewer than one in five Americans feel like they’re living the American Dream.” Because it looks like we forgot what it means to mean to be American even the documentary American Creed Joan Blades says that. According to President Thomas Jefferson, “If a nation expects to be ignorant and free…it expects what never was and never will be.” So it sounds like what’s happening right now because people are still ignorant and they will never change. According to Ronald Reagan, “If we are to guard against ignorance and remain free, as Jefferson cautioned, it is the responsibility of every American to be informed.” So Ronald Reagan basically agrees with Thomas Jefferson. Trump finally discovered he can’t force the feds to prosecute Clinton and he is not happy.
In the Amendment 1 (Speech and Press) Document 8, Thomas Jefferson said, “The tumults in America would have produced in Europe an unfavorable opinion of our political state. But has not.” The thought of chaos of our early democracy would cause Europe not to favor democracy, but it didn’t happen. He also said, “To punish these errors too severely would be to suppress the only safeguard of the public liberty.”
When I see the word in chaos, I automatically think of ignorance because people are rude, so we need to change. Being American doesn’t mean to be ignorant. We need to change that right now, but it won’t happen because we were born that way and nothing will change that even education because there are people who dropout of school or refuse to learn so when they grow older they would become selfish, rude and violent, compare to most people who actually graduate from school they wouldn’t have to depend on ignorance to get what they want because they would have good jobs.