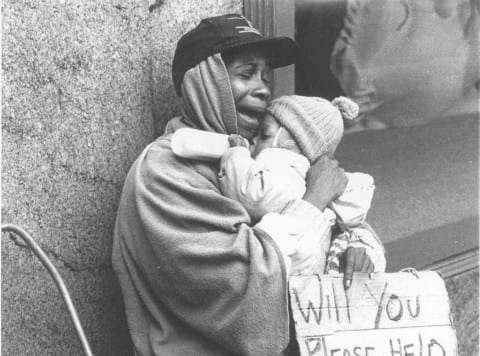 Hello there, My name is Oscar R. Kuc-Reyes. I am from Oakland C.A. I have one brother and sister. Three beautiful nieces and a nephew. I’m writing this letter because my teacher asked me to. I know u’ll never read this ,but as a citizen of the United States of America i ask of u to not be like the last 44/45 ( if u include grover.). Don’t forget about the lower class citizens. Citizens that are struggling to make it by for the week. Stop spending money on police,security, high class citizens who already have millions already. All that money that the government is spend can towards helping out children who are experiencing homelessness. As a child who experienced homelessness knows exactly how it feels to not have the essentials to get by in school then having to go back with my mother to find a place to sleep for the night. It’s really hard.

In 2013 East Bay Express did a story about oakland “throwing more money at police”  stating that oakland already is giving a big percentage of its budget to the police force.” Oakland over the past few years, there’s been a growing call in the city to allocate tens of millions in additional dollars to the police department to hire more cops”.  48.5 million was expected to have been collected by oakland in the following two years after that story was published by East Bay Express. Approximately half of that money was going to be spent on the police department. All that money being spent to recruit new cops could be used to feed and shelter homeless children. Giving them a  bit of hope. Letting them know that there are people out there willing to help a child they have never met.
It’s time to make a change. It will take time to do so but eventually this country will realize the right way to live is to make sure there is no more rich or poor. That everyone is real life equal. Instead of one person have 3 houses , a couple of apartments an a vacation home. Limit the to a house and a vacation home. The money that could come from that house could go toward Oakland Homeless shelter and services. Helping them provide for people in need of help. No one should ever have to experience the pain of going hungry for days, not being able to shower for a week, having the same shoes/clothes on your feet and back for years. Every last mother should have a house to sleep in with her children and food to give to them. So many people will be saved from starvation if the government limits people to having an excessive amount of unnecessary stuff