Is Alcohol a Drug

Home Is Alcohol a Drug 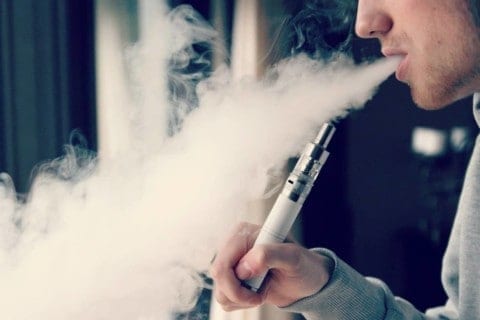 Is Alcohol a Drug

21% of high school students reported binge drinking in the past 30 days (YRBS 2013). This number is really high and it is a national number. What is your opinion about alcohol being considered a drug? What percentage of people do you think consumed alcohol in Oakland while in high school? From an article I read , it is clear that a large number of teengagers consumed alcohol during their high school years, which is one reason why high schools need to have programs to help their students.

Alcohol is a drug because people can become addicted to it just  as many do with cocaine or marijuana. In the article titled “National Evaluation Report”  it shows that “Everyday 4,000  12-17 yrs old uses drugs for the first time”(NER). This matters because the amount of people that drink in a year is about 1,460,000 people that drink, which is a lot of people that drink in a year. Another piece of evidence that labels alcohol as a drug is the amount that teens drink vs. the amount that adult drink during the year. Comparing adults to teens to , there is a significant difference in brain development, which makes teens more susceptible to  problems in school, work, and in family. As for  many adults, drinking alcohol for stress or using interviewee I found that many people drink to relieve stress from there life.

What high schools should do about teens using alcohol is that they can talk to them or they can help them work better. Another idea, is that high schools  can see the difference in  youth behavior while the youth are drinking. An article titled “Underage Drinking”  discusses different ways that can prevent young people from the use of alcohol. It states,  “Viewed in this way, development includes not only the adolescent’s inherent risk and resilience but also the current conditions that helps to shape his or her behavior” (Pubs.niaaa.gov). This matters because it shows different behaviors on teens that use alcohol that can make people investigate their behavior to be able to make new ways to prevent teens from using drugs.

Many would argue that alcohol is a pain reliever because they relieve the pain on people and make  them calm.In an article called, “Alcohol and Chronic Pain” talked about people with chronic pain uses alcohol to relieve pain they explain, “Research studies  have found that as many as 28% of people with chronic pain use alcohol as a pain management strategy”(PainAction). This matters because it shows the  amount of people uses alcohol to relieve pain they are going through. Also it tells  that using alcohol is as a strategy to relieve pain. Another thing is that this may be true even though the people I see they drink is that they drink alcohol for no reason they like it , but also help them with the pain.

In conclusion, alcohol can be used in two ways, and  the first one is drinking for fun. Another way people use alcohol is for pain reliever because a good amount of people drink for that. Another thing is that they want to use this kind of strategies to manage to use alcohol for they lives.

There is a lot of great information on this piece you wrote. You were able to find some statistics that I had not even thought of or considered. Like you, I also believe that schools should provide more awareness regarding alcohol and other drugs. Even though high school students should not be drinking alcohol, they still find a way to get their hands on it and unfortunately, like you said, they are not developmentally ready to handle the side effects or consequences that come with alcohol consumption.

Once again, it was a great read. Looking forward to more of your writing!

I agree with you in what you said that even though teen can get drugs and alcohol no matter the way they try to get it. Also I think that we should start to teach the teens and parents of how teens can do other things to get their minds out of drugs and alcohol. Hope you can get the perspective of a teens with situation that would ge them to the make them drink alcohol and do drugs.
From:Ashley

I am proud of your work about your post Is drug a alcohol a drug because I really didn’t know what drugs do to you and you really explained what happens if you do drugs which you can have a lot of pain and stress.
I think this quote means that the amount of people that drinks is good and at the same time is bad because the they get drunk and is good because it’s like a pain reliever.

I agree with your post , Is Alcohol a drug because it's true.I feel like it really speaks volumes. One sentence you wrote that stands out for me is : " Alcohol is a drug because people can become addicted to it just as many do with cocaine or marijuana." I think this is very true, and not many people realize it, and you pointed it out. I feel like this subject needed to be talked about. Thanks for your writing . I look forward to seeing what you write next time , because this was good. I liked the subject matter.