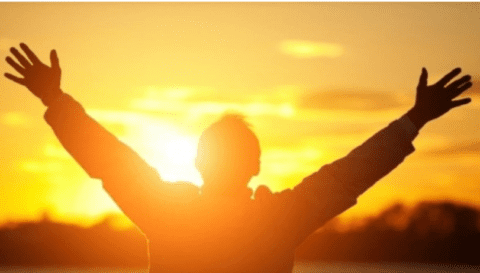 I am choosing to write to you because  you are the role model for young people in the Oakland community. Also, I want to make sure you all know about Global Warming to  be in touch with the problem and how it affects vectors ( insects like mosquitoes, ticks, fleas and more).

Based on the research, Global Warming is a Public Health Issue because it increases the chances of mosquitos to carry disease and cause more water contamination.

Firstly, Global Warming is a public health issue because the research shows that the vectors/ mosquitoes are carrying diseases that could cause health effects. In the article called Diseases Carried by Vectors by the CDC talks about how the issue about Global warming is making changes to the vectors. The CDC wrote, Climate is one of the factors that influence the distribution of diseases borne by vectors (such as fleas, ticks, and mosquitoes, which spread pathogens that cause illness)” (CDC).This article show how the vectors are getting affected by Global Warming because of the heat and temperature changing where the bugs live are changing and that is making the vectors to have more and different diseases. By  then the vectors would go to people to get them infected with some kind of weird disease like Zika .

Secondly, Global Warming is a public health issue because research shows that the water is getting contaminated by Global Warming. In the article called, Food and waterborne Diarrheal Disease by the CDC talks about how the water is getting affected by Global Warming. The CDC wrote, In general, diarrheal diseases, including salmonellosis and campylobacteriosis, are more common when temperatures are higher, though patterns differ by place and pathogen. Diarrheal diseases have also been found to occur more frequently in conjunction with both unusually high and low precipitation (CDC). This article shows how the water gets infected because  Global Warming makes it hotter which causes the water to have diseases due to Bacteria. When people drink that water then people get infected with whatever the water has from Global Warming.

I created a survey that was sent to the Oakland community to the teachers and to the neighbors. The survey was especially for adults but also teens had  the chance of  doing the survey. The survey included  12 questions in total and 20 people answered the questions, and 3 out of 20 people said  that Global Warming is bad for your health. 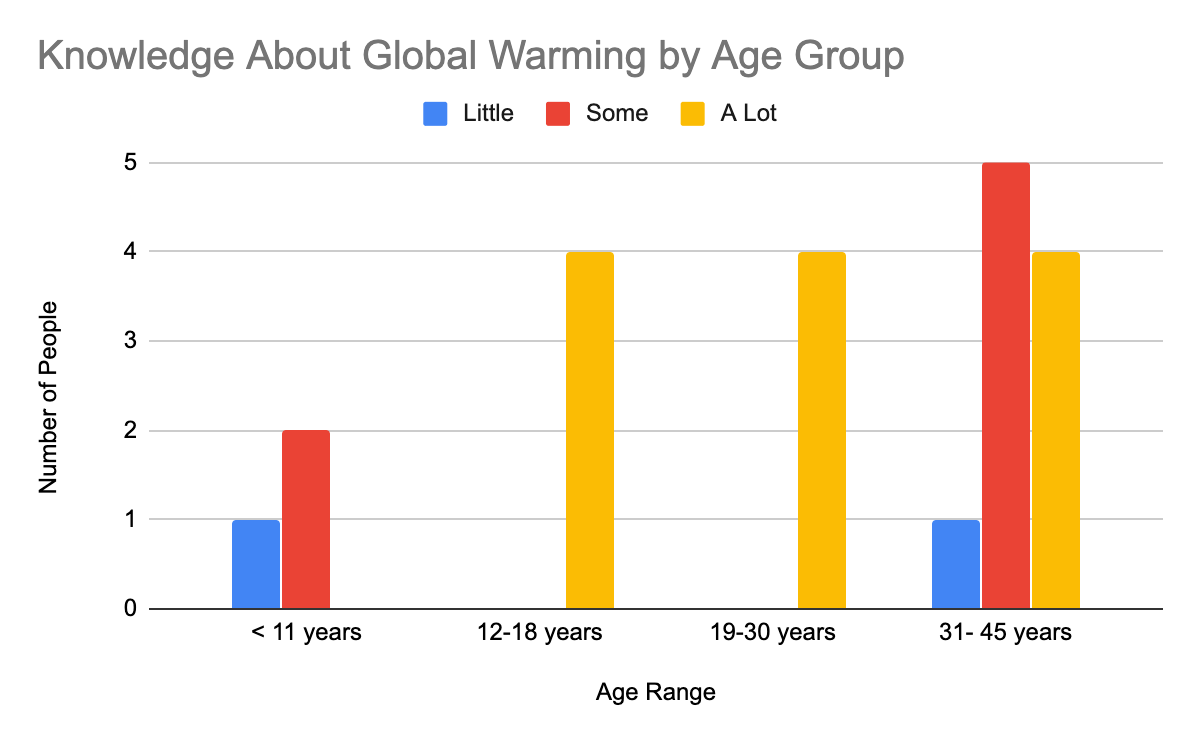 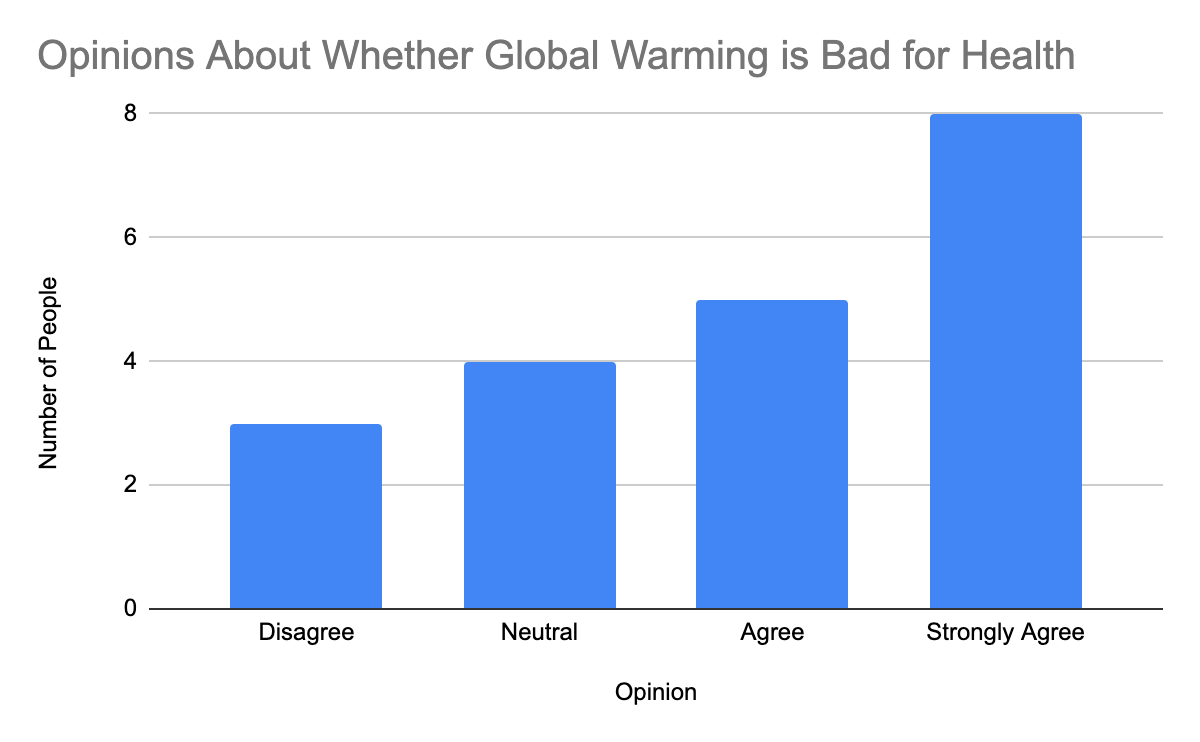 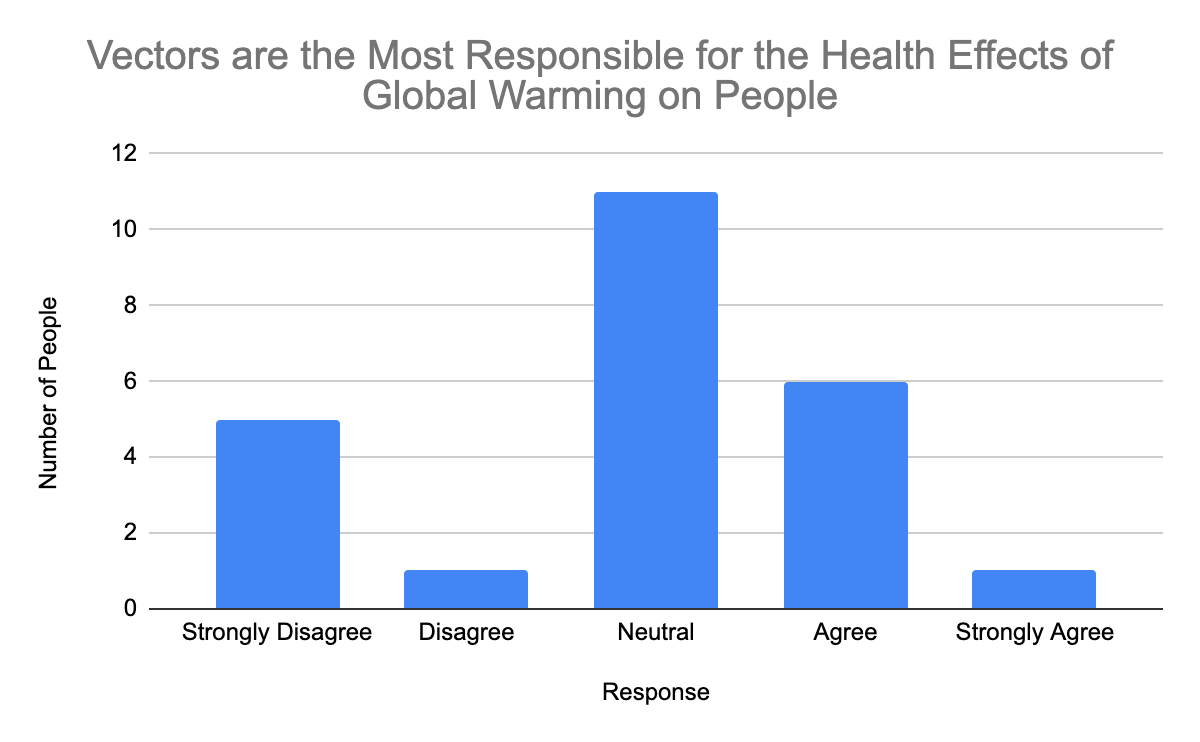 Based on my surveys and research, as an Upstander I would use the tactics of social change of protest in social media  and protesting in the middle of the street  in order to make a change in my community.

My first aim would be  a protest via zoom to the government and inviting people to talk to them of what has been happening in the US during this Global Warming. The steps that I will need to do this are going to be to get help from the teachers to tell the adults of the students that they can express themselves  of what is going on with Global Warming. An obstacle that is going to be expected would be that not a lot of people are going to show up in zoom or they will not talk because of shyness or the government would not listen to us.

My second aim would be a march in the middle of the street so less cars could pass through so people know that cars contribute to Global Warming and need to be used less. The steps that I will need to do will be to tell friends to post information of what will happen during what time in what place and what are we going to do. An obstacle could be that 50% of the people are going to show up and that we can get arrested for doing that in the street.

I will know if my actions are successful because people will notice the change of what people have been doing to reduce Global Warming in Oakland or California. By measuring the success it would be like people would start to use less cars they could share cars if they go in the same way. The data that it could be collected to know the success of this would be by how much the population  has lowered in the time after the actions.