Amanda’s Thought About Tom and Laura 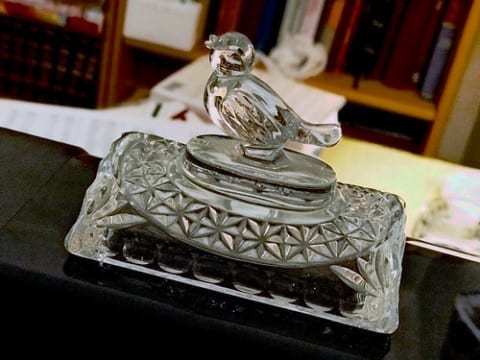 In scene three and four is about, Amanda screams at Tom that he can’t stay out late at night and still do a good day’s work. Tom reminds her how much he hates his job at the warehouse. When Amanda accuses Tom of doing something he is ashamed of every night and accuses him of lying about going every night to the movies, tom gets very angry at his mother and screamed at her. Fater Amanda cry and say she will never talk to Tom until he apologizes to her. The accident happened after that which destroy Laura’s beloved Glass Menageries. After that Tom apologizes to Amanda and everything gets normal, then Amanda tells Tom that she wants Laura to get married and have a dependent life.

The first part of this section of “ The Glass Menagerie” by Williams might leave a reader feeling inquisitive because of Tom and her mother. Because by the act of Tom’s personality, a mother can relate ( from her point of view) Tom with her husband, which is carelessness when it came to taking responsibility and do not have success in life. Amanda does want to see her son as hopeless and unsuccessful. However, it’s quite interesting that Tom does not want her mother to interfere in his life and control him. At the end of the day, Amand wants to see her daughter and son be happy in their life. An example of this is on the page, “AMANDA: I mean that as soon as Laura has got somebody to take care of her, married, a home of her own, independent ?- why, then you’ll be free to go wherever you please, on land, on the sea, whichever way the wind blows you! But until that time you’ve got to look out for your sister. I don’t say me because I’m old and don’t matter – I say for your sister because she’s young and dependent. ” Amand is telling she would be more relife when they will find a good man for Laura who will take care of the rest of her life and pleased.

We learn interesting about one on the characters, Laura on paragraph 97 where it says, “Tom!-  It’s nearly seven.  Don’t make the mother nervous.  [He stares at her stupidly.  Beseechingly.]  Tom, speak to mother this morning.  Makeup with her, apologize, speak to her !”. It seems that Laura is a really nice daughter who cares for her mother and has a different personality than Tom. this is not typical of how she acts in this play, so far. Laura often seems to be a very shy girl, and more careful about her glass Menagerie. That she found her interest and she collects the smallest glass menagerie and always good take care of them.  And I think she found passion it. I think the reader would like to be Laura’s friend but she is very different then other people and has a superior personality. As a narrator, I learned a lot about her character so I will try to change her feeling of shyness in front of people. It would be quiet difficult in her case but it will be interesting.

After this part of the play, most readers probably will be looking forward to reading the rest of this book because this paly has an interesting character like laura and the reader will like to know that if she finds a good man for her. I think in the next story we will able to know where does Tom goes every night.