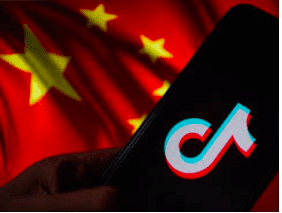 Reddit CEO has claimed that TikTok, the new social media platform for watching/making videos, is a spyware scam. He called it a “fundamentally parasitic spyware.” Some U.S. lawmakers have also added that it has been a threat to national security. By signing up, you automatically give up your right to privacy by access to your location, video, and microphone. One even commenting on the recent situations, “Everything bad comes from China.” But is it actually a spying app?

TikTok has been around since 2018 when it was formerly known as Musically in its prime years of 2015-2016. Since then, there has been no major outbreak of data leakage, exposure, or privacy obstruction. The algorithm in TikTok when it was released, was red flagged by the U.S. Government, and the Trump administration where it was placed under review. “One of the people said that the American government had evidence of the app sending data to China.” This has so far been speculation and a conspiring threat, no real evidence has emerged since its release.

As of right now, there is nothing too scary about this app. Kids are making entertainment videos, and the only threat some may face is bullying or harassment. But that is not caused by the app itself. Parents of younger children should be cautious of the content some of their kids might encounter because it is a large audience with a variety of content creators. There are certain restrictions that parents can enable within the app, but overall it isn’t a scary app as it was made out to be.