Are Utah hospitals ready for coronavirus? 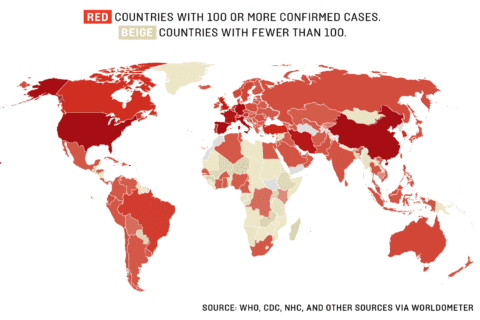 I read an article about coronavirus in Utah for my Astronomy class, and I thought it was pretty interesting.

The spokesman for the state Health Department said, although Utah health officials for weeks have said the state is taking inventory of critical hospital resources in preparation for a major outbreak, there still are no exact and up-to-date counts of mechanical ventilators or beds in the intensive care units of Utah’s hospitals. So there’s some bad news.

First, the lack of testing prevented Utah and the rest of the United States from tracking and isolating infected patients early on, and that is not something previous epidemic plans accounted for.

Second, the 14-day incubation period means the little testing data Utah does have speaks more to the spread of the virus a week or so ago, rather than now.

And last, Utah’s hospital resources aren’t evenly distributed among every resident. For example, there are no ICU beds in Moab, and only three ventilators that are mostly used to transport patients to other hospitals. It’s cause a lot of problems if there’s more people got affect.

But there’s also some good news. First, the number of hospital beds calculated by the Utah Department of Health based on state licensure records is substantially higher than the hospital beds reported by the American Hospital Association in 2018.

Second, the model anticipates about 20% of infected Utahns will require hospital care. But that’s about double the hospitalization rate of 10% seen in confirmed Utah cases so far.

So, in this difficult tines. What we should do is to stay at home, wear a mask if you go anywhere else, and the most important things is to wash your hands before you do anything. Hope everything become better, and hope each of you and your family are well! Take care.