Groovin: An Essay on Music’s Affect on Productivity

Home 2020 April 3 Groovin: An Essay on Music’s Affect on Productivity 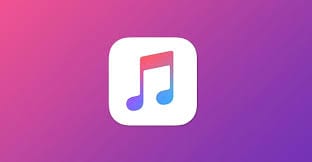 As I sit in my swivel chair, listening to “The Lion King” soundtrack for the 1000th time since quarantine started, thinking about a topic to write a youth voices post on I begin to think about how the music I love effects my mood and makes me, and I bet countless others, work harder.  Since the beginning of time, we as humans have loved to groove. From Mozart to Skrillex, music has a certain indescribable quality that we all love. It’s an undeniable fact that music makes us more focused, productive, and creative.

Thor Benson from Futurism.com wrote an article about this exact subject.  Benson interviews Teresa Lesuik, a music professor at the University of Miami.  She said that music brings people into a good mood. “When you’re in that mood state, you’re better at problem-solving and thinking creatively.”  This means that when people listen to music that makes them happy, they become more creative and open to new ideas. Lesuik states however that if one person is already a master at a certain area of work then the music won’t affect their ability or skill but will affect their mood.

A great video by the channel called Sideways outlines the “Mozart effect” which is the idea that listening to Mozart will make you smarter, more productive, and all-around a more superior person.  He explains that listening to some music can be very beneficial for people when they are working or studying but not all types of music.  He argues that music with lyrics can often distract people and make it hard to concentrate on one particular task because the regions in our brains don’t work that way.  He is quoted in saying, “it’s too difficult for our brain to keep track of both things” when talking about studying and listening to lyrics but music with a “consistent backdrop” is good for studying and helps you focus better.  Because of this, music can make someone more productive, creative, and overall more focused but it doesn’t have to be Mozart. It can be the videogame music, the sound of rain, or even the soundtrack to the great musicals of all time.