Age Does Not Define Your Knowledge

Home 2020 March 25 Age Does Not Define Your Knowledge 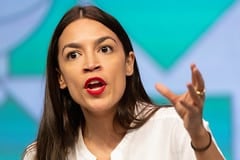 I am passionate about your Instagram video where you call the current generation badass because it helps me to understand that this generation is really powerful and they are making changes.

One thing you said that stands out for me is: “I think that they are more sensitive, in a positive way, in that they actually care about other peoples’ experiences and lives.” This touched me because it is true that the young people, this generation cares about others, cares about everybody. The youngest are more sensitive because they feel empathy for others. This generation put themselves in someone else’s shoes, they think about others and take action for those that have not had a voice.

Recently I was looking at videos by young activists, and one of them is a good example of what I’m saying here. I’m especially inspired by the video by Xiuhtezcatl Roske-Martinez at the United Nations, speaking about climate change because it is an issue that we are facing right now as society. He is 15 years old and he is conscious enough of what he is talking about. He is not scared of the old generation, he is standing up in front of more than 200 people from different countries.

“I began to look at the world around me and begin to learn about the issues that we are facing. I saw that we are facing a crisis that was beginning to affect every living system on our planet, I saw that climate change was going to be the defining issue of our time seeing this world seeing my world collapsing around me pushed me into action so for the last nine years since I was six years old I’ve been on the front lines of climate and environmental movements standing up to fight for the future of our planet”

This is basically saying that he had part of his life learning and supporting the issues that he cared about. From a very early age he started to get involved in it. Xiuhtezcatl is taking action by leading movements and encouraging others.

I’ve also been learning about different movements all around the world throughout history. The young protesters that I find most inspiring are the youth who led the Vietnam War protests in the 1960’s. It is emotional that students from the United States raise their voice even though they were in London. The young protesters encourage the people in the United States to protest against the war. Also is a clear example that the government does not always agree to see people revel for what they disagree. During the protest students were assassinated by the army.

I think this history is a good example of something you said in your video: “I think this new generation is very profound and very strong and very brave because they are actually willing to go to the streets” I agree with you here, because sometimes going to the streets they risk their lives. However they are so brave to represent others and make changes but not only on this time if we look back to our history is a long list of the youngest who had been badass too.

Finally, I want to share with you another example of youth activism. This video also informs and inspires me!

I choose this video because it impacts me. It is an issue that Mexico is facing as gender inequality and sexism. In the video a feminist organization which wants to support and educate every one about equality for all genders. In the video they talk about the stereotypes and the struggles that every person, in especially women has to struggle with everyday. One thing very meaningful for me is to see young men supporting and that feminism is focused on helping every gender. As well this line stands out for me “one in five womens will be sexually assaulted in college, one in sixteen men will be sexually assaulted in college”  This shows that not is only women who has suffered sexual assault as society believe

Thanks for taking the time to read my letter. Also for motivating young people.I look forward to seeing what you do or say next.