Religion and Reform: the Climate 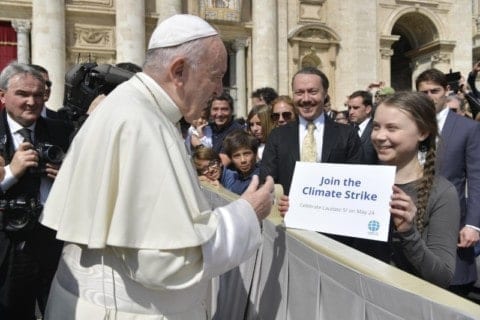 Religion is often portrayed in the media as an antithesis to climate reform and environmentalism. Religion is seen as stagnant and traditional, ignorant to the reformists trying to slow climate change. However, this could not be further from the truth. In each religion is found a creed: what it professes. Every major world religion continually echoes this idea of environmentalism, from Christianity’s Bible to the Torah of Judaism, to the Qur’an of Islam. All of these speak of caring for “God’s creation.” This is further shown by their example. Numerous activist groups and environmental collaborations have worked to bring this issue to the forefront of politics, from Catholic Climate Covenant, Blessed Earth, A Rocha, and EcoSikh. All of these groups have one common purpose: slow climate change and help the world around us.

All of this points to one common issue: misconception and misrepresentation. Religion is often portrayed as an obstacle to change, and sometimes, it is. However, climate change is not something it stands in the way of. Judaism, Christianity, Islam, Hinduism, Buddhism, Mormonsim, all these faiths testify and act upon the call to to care for the world. The unique question this presents is this: how can religion as a whole call out to members of their faith who fail to see the threat climate change imposes, and enact change amongst themselves and others?