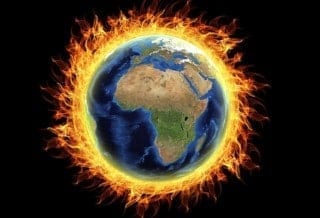 In 2012 everyone thought the world was going to end but it seemed so silly. I remember being at a little 9-year-old at a soccer game trying to grasp the idea of there being no tomorrow, so my teammates and I played Bop It for our last day on earth. Yet, we woke up the next day. There was no volcano eruption or meteor. We just went on living. When we said the world was going to end on a specific day it was seen by many as a fact because it was in the tangible future.

Today there is no Myan calendar telling us a specific date, but the reality is the world is truly ending. We have a hard time conceptualizing it because we don’t know the day everything will be over, but there is no day. We are in the middle of it right now. The world is not going to end, it IS ending. This is because of humans.

https://www.theguardian.com/environment/2017/jul/10/earths-sixth-mass-extinction-event-already-underway-scientists-warn This website tells us that what we have done to the environment has put us into the 6th mass extinction. Global warming takes care of land animals. Australia is burning, icecaps are melting. Things are dying fast. Not only that, but the plastics we have put in the ocean are so toxic they will kill everything. They don’t affect any large animals directly, but they will kill everything. This is because they are directly harmful to the microbes that make up the base of the food chain. The acids make it so they cannot form their shells and so they cannot live. In a matter of years, they will go extinct and then it is only a matter of time before everything in the ocean is dead.

https://www.theguardian.com/environment/2019/oct/21/ocean-acidification-can-cause-mass-extinctions-fossils-reveal It is expected that all sea life will be dead in about 50 years. This is not only bad for the environment and the symbiotic relationship the sea is part of. It is also the main source of food for a great bit of humanity.

So yeah, the world is really ending now. There is not much we can do about it. To come close to stopping this every human would need to stop eating meat at all for at least a few decades, invent a microbe that eats microscopic plastics, and stop driving cars or flying in planes at all. So, basically, we are screwed.