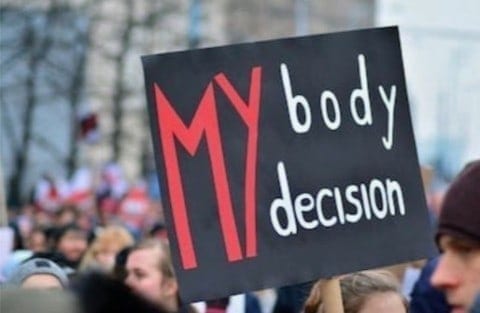 To Whom it Should Concern:

Why do people have to have so many expectations for women?

We are told growing up we have to look a certain way act a certain way and can’t do things men do because we are women and not able to or if we do we are too manly. According to society we are meant for cooking and cleaning and listening to the men in our lives and doing things for them. This makes boys think they can treat us bad and that they can tell us what to do when it shouldn’t be like that, we should be able to be independent and we are able to do jobs just as good as men and we aren’t weak just because we are girls. Many girls feel insecure or are too afraid to be the way they want to be because they will be judged.

Another big issue is everyone thinking that because a girl dresses more revealing that she doesn’t respect herself or that she wants guys to look at her or get at her. Women don’t dress for other people it is because we feel confident and pretty and we shouldn’t have to feel scared that dressing the way we want will attract men and will make them think we are asking for it because it is not consent just by a girl being confident in her body. There are many times where I have seen online people saying that girls ask for whatever happens to them just because they dress more revealing, we should not be blamed for what a guy does without consent. I have even seen girls put down other girls saying it is their fault too and a girl to another girl should be more understanding. Many women are fighting for us to get the rights we deserve and not being blamed for another mans actions and us girls need to work together and not put each other down like some girls do because it can happen to any of us and we need to all work together so it can stop. We should not have to worry about what will happen if we walk out the house in the clothes we feel good in. We need to work all work together so this can stop and teach all the kids now how to treat women and that we are not just objects so that in the future this is not an issue.

Another thing is women being judged and called murderers for getting an abortion. There are a lot of people who protest in front of abortion clinics screaming at the women going in and it is wrong a women should not be attacked because she chooses to not have a baby. Some women don’t have money and can not provide for a baby or they know they are not mentally stable and will not take good care of a baby so they choose to get an abortion and it is a good thing that can help many kids from being in bad homes. Many people argue that it is wrong and murder and that they should just put the baby for adoption but there are already a lot of kids in the system and there are a lot of foster parents who abuse the kids and a lot of them live bad lives going from home to home. Women should not be told they are wrong because of what they choose not everyone is ready for a baby. Another reason a women might want to get an abortion is because they get pregnant from rape and recently there were a lot of protests about women being in the wrong for getting an abortion after rape no matter the age. It is wrong and a women does not want to have a baby that was made from rape because it can remind them about what happened and it can be very tramatizing. In some places it became illegal for it and a lot of the government was on all the rapists sides and not sending them to jail but sending the girl to jail if she tries to get an abortion in another state or if she tries to do it herself. It is very sad that the government would rather send the victim to jail and not the person who was actually in the wrong. Other men should not have the right to tell us what to do with our bodies.

I hope that in the future we get to do what we want with ourselves and our bodies without being judged or told we are horrible people because what we choose to do. We need to teach the kids now what is wrong and how to treat other people so in the future no women or even men have to feel like what they chose to do with themselves is not right. We also need to teach the little boys that it is okay to be nice to women and to show feelings because there are a lot of men with toxic masculinity and it makes them think they can be the way that they are to women.