Homosexual Discrimination in the Modern Era 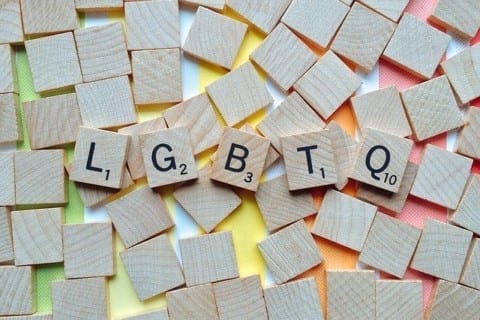 These are a few articles I have found in a search for a research, and there is a summary of each source.

Men are stated as more towards lesbians than women. This focused on lesbian women and their perceptions from 1985 to 2001. Gender roles are partially mentioned. The main factor in forming feelings on issues depends on a person’s parents’ feelings. When asked about what their parents’ opinions were the individual often had the same opinion. Everyone in the study became more open to the idea of lesbians over the 16 years. Link to article

History of as a word, and how it used to be normal. How men used to be homosexual and it was normal. How liberation made everyone see in each of us.”Heterocentrism is a way to think, act and feel that uses heterosexuality as a reference for desires, ideals, principles  values, which in turn produces a feeling of superiority with respect to all other manifestations of sexual orientation.” Machismo is the idea that men are inferior to women. Lesbophobia, negativity towards lesbians, was the highest- of all the topics measured. Boys were measured to be more homophobic and transphobic. This is high schoolers’ general ideas of the topic of lgbtqia+. Link to article

At the 2008 Gay Softball World Series, five men were charged with not being gay. They were then forced to explain themselves and their sexualities before a protest committee. Despite that their second place was invalidated because the committee decided three men were not gay. After they changed their rules to include gay, lesbian, bisexual or transgender as under the umbrella and made sexual identities self-declared. Also, the team got their second place back with an agreement. The norm is the mindset that officials can better decide sexuality than an individual. Categorization can be used justly but it is often changed with bias, researchers can have a bias. The “Don’t Say Gay” bill did seek to prohibit “the teaching or furnishing of materials on human sexuality other than heterosexuality in public school grades K-8.” Sex is biological and gender is socially determined and individually identified. Sexual orientation “refers to an individual’s enduring physical, romantic, and/or emotional attraction to another person.” Sexual Orientations doesn’t have one specific origin. Link to cle

LGBT People have come a long way in society but deal with daily struggles. Often they will make changes to their everyday lives to avoid discrimination. There are no laws that protect LGBT people from discrimination. People will often be fired, not hired, or not given a promotion because of their identities. Also, some will alter their voice and dress differently to be respected, not seen as LGBT. LGBT are even denied health care at times. Many will remain silent about their identities and even drive farther to jobs to live in a safe community. Not to mention the daily harassment on the streets if any sign of affection is shown. Link to article