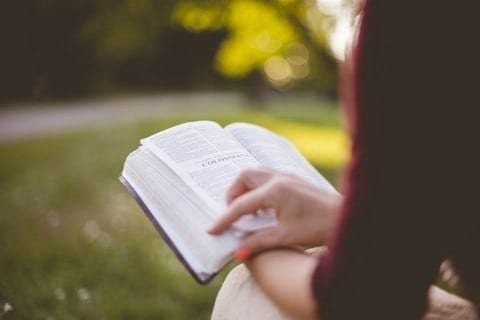 It occurred to me that these three have one strong connection in between and that is how the social class is mentioned in each of one them. As in the story, “Everyday Use”, Dee was the girl in the family who had an education and she has chosen her style which is nowhere near her actual life condition and she couldn’t care less about it despite the fact that they were the bottom dwellers. This is shown when their old house burned down to aches. It’s like a huge stone was taken off of her back because she hated that house so much. Her mother who said she used to dream about how she would go to one of those TV programs she would embrace her daughter and having compliments about what a fine girl she raided. What she meant by that was how Deep would succeed in life and change their life condition. All to say that both Dee and her mother are seeking to change their social class. It is not like anybody can blame them, because in the years 1973 colored people were at the bottom anyway and willing to bring themselves up. In the story, “The Lesson”, Mrs.Moore as a teacher decided to give a lesson about how the wealth is unequally divided in the society to her students. Some of the kids also belonged to the bottom line of the society because they couldn’t even afford having a presentable uniform for a trip to a toy store. As they were wandering in the store some of the toys were affordable for some of them. Some kids claimed that their parents could afford buying these toys for them if they wanted too and some of them claimed that it would take an eternity for them to save their allowance to buy it. Moverove, as they were talking about how a clown toy would cost $35 and it was a hell lot of money for some of them. This amount of money could pay for so many things in their house on a daily basis. Also this amount of money could be used to one single clown toy for the rich kids who probably wouldn’t consider it. This gap has made the kids feel like some people are being left out in the whole society. All to mention that wealth is equally divided and so leads to a huge gap between the bottom dwellers and the rich people. In the story “How to Date a Browngirl, Blackgirl,Whitegirl, Halfie,” dating lessons have been given by a dominican protagonist which depends on the girl’s skin color. The protagonist is giving tips about what to do or what to avoid doing depending on the girl and her background. I think that the girl’s background is a huge detail to consider because it comes along with her life’s conditions and her surroundings. Thinking about her life’s condition, comes what social class she belongs to and since life conditions matters and advice are given depending on race, then it would be easy to bring up racial wealth gap. Therefore, the protagonist has a different adving depending on the girl’s background and life condition and so her social class.

2In these three stories, the authors the literary elements of irony to emphasize equality within them. For instance in the story “The Lesson” the author uses some section to show wealth is unequally distributed. In the line “Cost $35. I could see myself asking my mother for a $35 birthday clown. “You wanna who that costs what?” she’d say, cocking her head to the side to get a better view of the hole in my head. Thirty-five dollars could buy new bunk beds for Junior and Gretchen’s boy. Thirty-five dollars and the whole household could go visit Grand-daddy Nelson in the country. Thirty-five dollars would pay for the rent and the piano bill too.” This section shows irony because $35 is a crucial amount of money for some people because it could be a use for so many things for their families on a regular basis. Ironically, such money is used to spend on toys. These people never would have thought that this amount of money could be used to take care of a whole family. Here is another example shown in the story “Everyday Use”, “A dress down to the ground, in this hot weather.  A dress so loud it hurts my eyes.  There are yellows and oranges enough to throw back the light of the sun.  I feel my whole face warming from the heat waves it throws out.  Earrings gold, too, and hanging down to her shoulders.  Bracelets dangling and making noises when she moves her arm up to shake the folds of the dress out of her armpits.  The dress is loose and flows, and as she walks closer, I like it.” This evidence is ironic because in the years 1970s, poor people weren’t considered in society. In addition to the fact that she was a girl of color, it’s really surprising that despite all the segregation that was going on, she manages to get herself a rich white husband. It’s something that was not expected even by her family because her mom looked shocked when she came out of the car. In the story “How to date a Browngirl, Blackgirl, Whitegirl or Halfie”

3Moreover, the authors have used the literary element of “setting” to establish the issues and how this specific time in the USA have affected other people’s lives. First in the story, “Everyday Used” the author used this section to address the issues “A dress down to the ground, in this hot weather.  A dress so loud it hurts my eyes.  There are yellows and oranges enough to throw back the light of the sun.  I feel my whole face warming from the heat waves it throws out.  Earrings gold, too, and hanging down to her shoulders.  Bracelets dangling and making noises when she moves her arm up to shake the folds of the dress out of her armpits.  The dress is loose and flows, and as she walks closer, I like it”. In the 1970s, poverty and inequality that were going on have made other people seek a higher lifestyle. This is shown when Dee showed up with all these fancy things on her. In the story “The Lesson”, the author used these sets of lines to emphasize the issue of equality in the 1970s. “ Cost $35. I could see me asking my mother for a $35 birthday clown. “You wanna who that costs what?” she’d say, cocking her head to the side to get a better view of the hole in my head…” This shows the equality in the years 1970s, about how some people can afford to pay for toys and in the meantime the same amount is also used to take care of a whole family. However, these issues of inequality still exist nowadays where the bottom dwellers struggle to afford the minimum for their family. In the last story, “How to Date a Browngirl, Blackgirl, Whitegirls and Halfie”, the author addresses the issue of inequality through dating different girls. In the set of lines “She’ll appreciate your interest. She’ll tell you more. Black people, she will say, treat me real bad. That’s why I don’t like them. You’ll wonder how she feels about Dominicans. Don’t ask. Let her speak on it…” “But the out-of-towners are usually black—black girls who grew up with ballet and Girl Scouts, and have three cars in their driveway.” This shows how enqual things were in the years 1990s through dating. Notice that there are different dating tips depending on the girl. Also the inequality has to do with the girl’s background and so their rank in the society.

4 The last literary, the authors of all three stories used the literary element of imagery to admire how black women look.  In the three stories the authors talked about African american female appearance and the way they give moral advice. However, they are talking about it in an unmatched pattern.  In “How to date a halfie, white …” and “Everyday Use” the two writers talk about the beauty of the black women.  Unlike “Lesson” which in a sense mock the look of the ebony female.  It says in the story, “this lady moved on our block with nappy hair…And she was black as hell, cept for her feet, which were fish-white and spooky.”  However the three stories praises African American women’s moral–self respect and still showing black women’s aesthetic charm.  In “how to date brown girl, black girl, white girl and halfie” for instance, the narrator kept telling the kid (or the reader) that the black female wouldn’t let anybody have any type of sexual intercourse whatsoever.  It says,“A local girl will have hips and a nice ass but won’t be quick about letting you touch her”.  Similar in “Everyday Uses”, “Her feet were always neat-looking as if God himself had shaped them with a certain style…Hair is all over his head a foot long and hanging from his chin like a kinky mule tail.” all writers talk about the physics of the females in the story and are different in that sense but all greet their integrity somehow, whether from Dee for telling her sister to start being independent, to the “local girl”, for not letting anybody disrespect her sexual modesty.  “Lesson” also shows the need for Ms Moore to fight for her rights through a dialogue between a woman and black children.