Discovery Of My Felt Sense 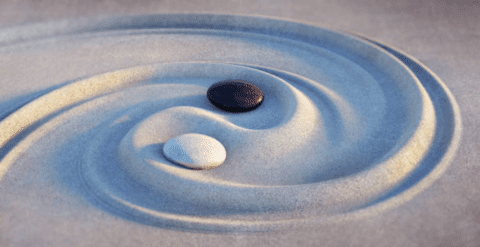 The three stories surely have similarities and differences. Although the characters in the three texts have different cognitive traits, they all seem to be related to race despite their different reality. In the first text (Everyday Use), the author wanted to elaborate how race can awake insecurity due to society’s radar. However, it is different from the two other stories at the same time since the second story talks about dating girls, the third text, about inequality of living conditions that people go through because of their social range. But once again they all denounce racial adversity in their own way. Even though “everyday use” and “Lesson” are both emphasizing unfairness in society, “Lesson” merge in the political aspect of the subject. Meanwhile “Everyday Use” is far more moderate and lean toward racial wealth gap. Unlike the last text, which focuses more on the behavioral, physical analysis of females. These three texts reveal how judgmental and unequal humanity has become.

In the texts the author uses irony to show the social and economic differences between races. In the story “Lesson”, a set of lines are used to emphasize the financial difference between different classes, “Thirty-five dollars could buy new bunk beds for Junior and Gretchen’s boy. Thirty-five dollars and the whole household could go visit Grand-daddy Nelson in the country. Thirty-five dollars would pay for the rent and the piano bill too.Who are these people that spend that much for performing clowns and $1000 for toy sailboats?” the contrast between these people is almost laughable. Meanwhile only $35 is able nourish a whole family, ironically other people pay $1000 of dollars for toys. Another example could be found in “Everyday Use” when the author uses this evidence to show these unfairness: “Your heritage,” she said, And then she turned to Maggie, kissed her, and said, “You ought to try to make something of yourself, too, Maggie. It’s really a new day for us.” It is Ironic that certain rich people have land and other prosperity that they inherited from parents while other people have only quilts and that is the only legacy that their parents left behind despite despair and discouragement. In the last story the evidence is: “Clear the government cheese from the refrigerator…Take down any embarrassing photos of your family in the campo, especially that one with the half-naked kids dragging a goat on a rope.” here the author shows the irony by tell the kid he should hide the picture of him in the campo. At the same time, this picture might be a vacation picture of one of Dad’s house at the lacs, for some people However, the three stories are dissimilar . It’s impressive how the three authors use different ways to denounce the same problem. Though, they all came to the same issue, Racial wealth gap. The gap difference between races is appealing nowadays and the world can not denial it by any means.

On another perspective, the authors use setting to deliver their message and show the era of silence have come to an end. Both “Lesson” and “Everyday Use” were written in the early 1970’s where African Americans women’s rights had reached the height of their independence (at the time). This era was significant for women’s fight for equality, they were getting involved, Shirley Chisholm became the first African American woman candidate for President, Cheryl Adrienne Brown, Miss New York, became the first African American contestant in the Miss America pageant the grass was getting greener. In the “Lesson” the author wants to show how a black woman (Ms Moore) is criticizing and teaching the younger ones how unfair society could be. Similarly, though in a subtle, the story “Everyday Use” accentuate the independence of African American women by showing how Dee is trying to get an education in order to have a better life and encouraging her sister to do so. Since a father figure was not mentioned in the story it also shows how brave her mother was for paying for her school by showing how she believes in female education. In a way, the three stories are talking about female emancipation. However the third text was written in the 1990’s and this one focus more on female consciousness. It shows how years later, black females have grown how confident they become on having their own personality due to the place they have in society now compared to the 1970’s they now have a choice to make their own mind, to decide who date, the barrier of race had been taken down, they’re now open to change, “halfies” or now growing in number since this curse had been broken.

The last literary element is imagery which is used by the authors to appreciate the appearance of black women. In the three stories the authors talked about African American females physically and morally. Nevertheless, they are talking about it in unmatched pattern. In “ how to date brown girl, black girl, white girl and halfie” and “Everyday Use” the two writers talk about the beauty of the black women.  Unlike “Lesson” which in a sense mock the look of the ebony female. It says in the story, “this lady moved on our block with nappy hair…And she was black as hell, cept for her feet, which were fish-white and spooky.” However the three stories praises African American women’s moral–self respect and still showing black women’s aesthetic charm. In “how to date brown girl, black girl, white girl and halfie” for instance, the narrator kept telling the kid (or the reader) that the black female wouldn’t let anybody have any type of sexual intercourse whatsoever. It says,“A local girl will have hips and a nice ass but won’t be quick about letting you touch her”. Similar in “Everyday Uses”, “Her feet were always neat-looking as if God himself had shaped them with a certain style…Hair is all over his head a foot long and hanging from his chin like a kinky mule tail.” all writers talk about the physics of the females in the story and are different in that sense but all greet their integrity somehow, whether from Dee for telling her sister to start being independent, to the “local girl”, for not letting anybody disrespect her sexual modesty. “Lesson” also shows the need for Ms Moore to fight for her rights through a dialogue between a woman and black children.

Although these formidable penmen used diverse ways and elements to indexed society problems they all used the same formula: the power of letters. This world ought to come close to perfection but only if we come to agree with our past in order to embrace the future with a pure heart.

We shall fight injustice or even racism without going to war or even have a scratch. Because we should take advice from the past and until now, letter have never failed. Education is the key to unleash true freedom