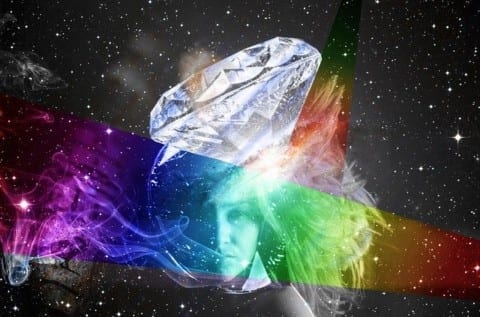 As a young black man in America It seems like I have confusing examples to live up to. I don’t want to end up like my father. From what I’ve heard he and my grandfather were a lot alike. He is a drunk and angry man. I sometimes think one day he’ll hit my mother. I once saw one of my neighbors hit his wife. They fought and argued a lot but I didn’t think he would go so far as to hit her. In fact there were times when they argued so loudly and at such a late time at night I could hear the husband say “I’ll kill you”. I was terrified of those type of nights don’t get me wrong my father and mother fought like cats and dogs. I think that’s why I don’t spend much time in the house especially when my father is drunk. I love him but I don’t like how he just bothers my mother the way he does, because of course he is the one who always starts the fights. It sometimes look at my mother as a prisoner to her own love for my father she constantly takes it from him and his bitter philosophy of life. My mom doesn’t want me out in the streets like the other boys, I understand why though. I spend most of my time only though. The kids like me that I hang with on occasion have their sins of the father type world view. Their fathers were either estranged or hostile to the women in his life. For example his prized possession but still something he wants to strangle to death to death: his wife. And that is exactly what they’re going to be when they grow up. It’s funny because while thinking this I was walking to my family’s apartment though a police officer stopped my while I was two doors down from my apartment. I heard fighting in the Husband and Wife’s room, as it turns out the wife had called the police on the husband because this time she said he was serious. He was going to kill her and he did. While I was coming up the stairs it was the police that were fighting and tried to pin him down and cuff him. When they did the medics came in and took care of the wife’s dead carcass. And that’s when the officer stopped me. I looked at the door where which the police surrounded they all moved out of the way to create an exit. Out that door, put exit I saw two things a man who will spend the rest of his life in prison and a dead body. When the husband walked past in cuffs as was fine but the body is what really terrified me that day. When her dead body walked past me and her blood soken hand slip out right in front of me, I was paralyzed. Then when the officer said I could go home I walked to the front of my door and heard my grandmother, father and mother arguing about money and liquor. I was parlyzed at first but when I reached for the handle all I felt was tiredness. I walk in and my father is talking about taking my grandfather’s money and opening a liquor store. Same old same old as they say. I also realized something they must not have heard what was happening outside because of my fathers yelling. He cares so much about that liquor store instead of what really mattered. In fact all of them seemed oblivious to what’s happening in their lives. My mom is mad because I’m late even when I try to explain that she really doesn’t care about my truth. Hell I thought if I had came earlier than the time I was supposed to be here I would have died too. But my father yeah he’s the worst of them all he realizes what’s happening but still focuses on what doesn’t matter. They call me a kid simply because they judge my intelligence or my ability to perceive certain things. But trust me family I think more than I speak and know more than I show. And it feels like a lot of them should at least take some notes of how I act. I just saw a dead body outside our door and their complaining about liquor stores and curfews. Like that will really help anyone. Don’t they get it, you cant just ignore the bad part of life. You can’t out smart it, you can’t hide away from it, you can’t run from it, you can’t bargain with it, and you most certainly can’t tough it out because even the toughest of people can get knocked down hard by life. You truly have to just face it like a man and live your life, because none of the above will really help you become better than. It feels like a lot of people try to prove reality wrong by ignoring it by putting their fingers in their ears and actin like it can’t hurt them. And to that I say to all those people, friends, my family and most importantly you Dad… Grow Up.

Tags: The U School

Charlie’s Enigma by Tahjmier is licensed under a Creative Commons Attribution-ShareAlike 4.0 International License.