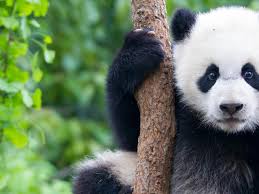 The world is full of endangered species. People around the globe are taking action to decrease the rate of our beloved species that are disappearing before our eyes. Even though so much attention is being brought to certain species, many are being left to go extincts and will never walk this planet again. According to Reuters, “Every hour, three species disappear. Every day, up to 150 species are lost.”  I decided to choose this topic because I was shown a documentary in my AP environmental class that showed our modern problems with extinction. When a species goes extinct, it can throw off the balance of an entire ecosystem.

I wanted to focus on endangered species in China and how they help the situation or worsen it. In the documentary I watched many endangered species were used in Chinese medicine to “cure” diseases like cancer.  The New York Times states, “The Convention on International Trade in Endangered Species of Wild Fauna and Flora (Cites) banned international commercial trade of rhinos and most tigers in 1975. But for decades afterward, China permitted domestic sales of products made from these animals.”  Mammals like Mantarays were hunted to the brink of extinction to trade with China to be used as “medicine”. This needs to stop so our planet can thrive with these outstanding species that make the beauty of planet Earth.

The endangered species problem in China has been acknowledged and the government has tried to stop the trade and consumption of these species. According to CNN, “Last year, mainland China announced a ban on shark fin at official banquets and Hong Kong also banned shark fin, bluefin tuna and black moss (at official functions).” As you can see, China has attempted to get rid of their problem. In some ways it has worked, but not completely. The government can’t stop the black market of China. The trade of endangered species has not been stopped, which is the main problem. I believe that if enough attention is brought to this problem, it would bring people from around the world to stop the Trade of endangered species. This is how my solution relates to my blog post. The main purpose of the blog post is to raise awareness to this problem and start a discussion. I think that my solution can only go so far in fixing this problem. Even though it will bring awareness, it’s the people that are brought to the attention of this problem that will need to help fix this situation, not only me. This is why bringing awareness isn’t the best option, but it’s the best I can do personally.

To further my research on this topic, I looked up “black market trade in china for endangered species.” I found an article called “China’s Mixed Messages on the Global Trade in Endangered-Animal Parts.” The article was saying exactly what I imagined it would, “…the demand for rhino horns and tiger bones is also driven by an ancient belief in their power to cure everything from fever to impotence.” Originally, China banned trade of these items, but then in 2017 China decided to reverse the ban and have the trade market be “controlled.” Through this article I’ve learned that it’s not the black market that is the whole problem, it’s also the regular trade market. Its legal to trade these animal parts of these endangered species. Therefore, China is encouraging the killing of these species. This policy opened up the gates for illegal trade completely. Thankfully in 2018 China backed down and banned the trade of Rhinos and Tigers. Like the article has stated, China has extremely mixed messages about how they feel about the trade of animal parts. I believe that they think they should be allowed to trade the parts of animals but society is telling them otherwise so they are conflicted. What do you think?