How wildfires have destroyed Northern California 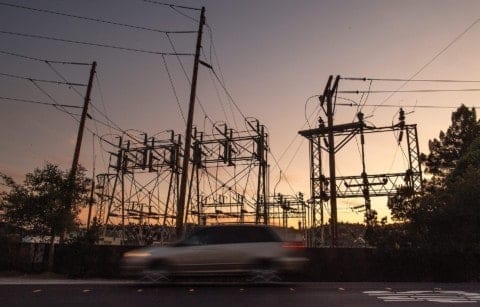 In every part of the world, natural disasters pose a threat to the people living there, whether it’s the destructive 2004 Indonesian earthquake or the deadly 2011 Japanese tsunami. Likewise, California has been receiving a surplus of high-danger wildfires within the past few years. This topic is very important to me, because these fires are still a threat to me, as well as the rest of Northern California. During the  wildfires, my city received poor air quality which is a serious health risk, which can lead to heart and lung disease. Additionally, some parts of my city have been experiencing multiple days without power, which disrupts daily life in more ways than you can imagine. However, I’ve been lucky in comparison to citizens living farther north. For example, my great aunt and uncle’s house burned down due to a wildfire. They talked to me recently, saying, “It happened so fast, we could barely get Solei and Liza Jane (their dogs) and our important possessions out of the house before we were in danger. We had no time to waste on trying to save random things”. The destruction of houses due to wildfires is regular now. According to CBS news, just one fire, the Camp Fire, destroyed 8,800 buildings, 7,600 of which were houses, and burned 130,000 Californian acres. Some fires, like the Woolsey Fire, even reached Southern California. In the same CBS article, a devastated Hidden Valley, CA citizen said, “It’s terrible, we evacuated, thought the danger was done, then of course came back thinking it was safe”.

There has been state legislation to limit wildfires, although maybe not enough. For example, a law states that citizens in the State Responsibility Area (or SRA, an area of California especially prone to wildfires) are required to clear large flammable objects within 100 feet of their house. Furthermore, many Californians have pointed towards PG&E for being the source of the previously mentioned Camp Fire. PG&E, or Pacific Gas & Electric, is a utilities superpower who powers 16 million Californians. A report from PBS revealed that a PG&E transmission line igniting unexpectedly was the source of the Camp Fire. In fact, this is PG&E’s reason behind turning off power, in order to prevent future fires. In response to the destruction of homes and possessions, insurance companies sued PG&E, facing $30 million in legal liabilities, and PG&E filed for bankruptcy. Though this may seem like a temporary solution for California residents, the reality is that PG&E still have a monopoly on the California utility market, and most Californians (including myself) still have to rely on PG&E for power. While suing PG&E and limiting flammable objects are steps in the right direction, in order to permanently solve this problem, we have to look at the root problem: climate change. Los Angeles Times writers Rong Gong Lin II, Matt Hamilton, and Joseph Serna cite a lack of rainfall as a reason to why California has been so dry, and this lack of rainfall is due to the change of climate we are all experiencing. The dryness of California has made it especially easy for wildfires to not only start, but spread. Although wildfires are a natural process that shouldn’t always be disrupted, a healthier, wetter environment will lead to a reduction of wildfires, ultimately keeping us safer. In the meantime, a fire emergency kits for citizens would be a good way to prepare residents in the State Responsibility Area.

In order to better my understanding of why wildfires occur, both naturally and artificially, I would need to continue researching environmental science and California environmental policies. I think it’s also important for not only myself, but everyone in California to spend a small amount of time researching what to do in the case of a wildfire. Though problems you read on the news may seem far away, if you live in California, it can still happen in your area. The threat of wildfires is still present.

Image:
A power station in Mill Valley, California during a widespread blackout in October 2019. (JOSH EDELSON/AFP via Getty Images)