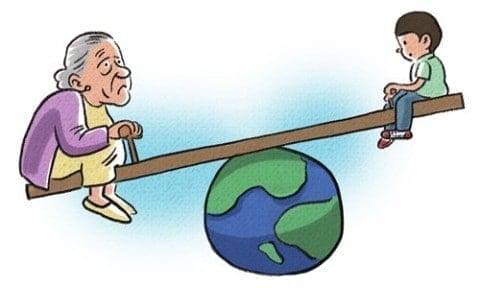 According to Pat Conroy, “Every industry is going to be affected (by the aging population). This creates tremendous opportunities and tremendous challenges.” Population aging is already a huge problem in society. Due to the decline in fertility and the extension of life expectancy, the proportion of the elderly in society has increased. The aging of the population is an irreversible global trend, and its consequences are far-reaching economic and social and political consequences. By 2050, the number of people over 60 will be more than double the current level, reaching about 2 billion. Although Europe is the first global region to begin demographic transformation, by 2050, most of the expected increase in the elderly population will come from developing countries. An aging population may lead to a decline in the workforce, a decline in fertility and an increase in the age dependency ratio.

Population aging poses a challenge to the fiscal and macroeconomic stability of many societies by increasing government spending on old-age pensions, health care and social welfare programs. If the government needs to shift public spending from education and infrastructure investment to funding older people’s programs, this could hurt economic growth and overall quality of life. In addition, the recent economic crisis has not only increased the demand for social protection, but has also drawn attention to population ageing, as many countries face unsustainable public debt. In many countries, in the long term, already high public expenditures limit the financial possibilities of increasing aging-related expenditures. Therefore, there must be targeted and timely policy solutions to ensure financial and macroeconomic sustainability and the health and well-being of citizens of all ages.

John Zimmerman said, “The aging of the U.S. population is a theme that we believe strongly in and the health care sector is really right in the bulls eye of this particular theme.” So we have to come up with a corresponding approach. First promote a gradual retirement plan that allows older people to reduce working hours, but stay in the labor force and pay taxes until they are old. Second, provide volunteer services, care and choice and rewards for artistic activities for members of the elderly community. Encouraging older workers to stay longer in the workforce is the most viable solution to the fiscal pressures and macroeconomic challenges associated with population ageing. A phased retirement requires a plan under which older workers can choose to work less hours but still retain longer, including after retirement.