The Harmful Side of “Voluntourism”

Home 2020 January 19 The Harmful Side of “Voluntourism” 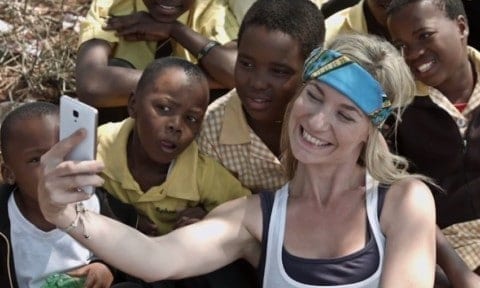 The problem I am researching is the negative effects caused by voluntourism. Voluntourism is when someone volunteers while on vacation, usually in third world countries. While the volunteers almost always have good intentions, they often don’t do enough research on their plan and end up doing more harm than good to the communities they are volunteering in.

The negative effects can range from as simple as causing an inconvenience, or as destructive as indirectly leading to children being taken from their parents so that orphanage owners can make a profit. According to Julia Carr-Catzel in her article, How Voluntourism Can Have a Negative Impact on Communities, young and unqualified people take on tasks such as construction in these communities, hoping to improve lives, but in doing so they build structures that are inadequate for living. Carr-Catzel says the volunteers have “not only failed to help local communities, but have burdened locals with the added responsibility of destroying and rebuilding homes otherwise inadequate for living.”  Paper Orphans by Kathryn van Doore explains a more harmful consequence. She states that “there are an estimated eight million children residing in orphanages internationally and four out of five children in these orphanages are not orphans”. This is child trafficking. It is not the volunteers’ fault that this is occurring, but there is no question that they are fueling the problem. Many volunteers choose to help in orphanages above any other cause, and while it seems like a noble cause, it only worsens child trafficking. Additionally, research shows that since volunteers only stay a few weeks at a time, the local children develop emotional attachment issues that will affect them for a long time.

Many researchers and activists suggest that volunteers simply do research before they go on one of these trips to see how they can make as positive an impact as possible. However, this suggestion will most likely be overlooked by many volunteers, because even though they want to help, they’re often doing it with their own best interest at heart. They won’t put in the effort to look into the best ways to volunteer, because they care more about having a “life-changing experience” and getting great pictures for social media than they care about helping the communities in the way they need it.

My suggestion would be that all organizations coordinate with the communities that they will be visiting before they go, more than they have in the past. Asking them exactly what they need – if they want any help at all. Then, the organizations should assign volunteers tasks based on their skills. If they do not have the qualifications to do the work necessary, they should find another organization that they could help, or donate the $2000 they would have spent on the trip to the cause. I believe that this would dramatically reduce the negative effects caused by voluntourism, as well as create a more positive change.

The Harmful Side of “Voluntourism” by Stella is licensed under a Creative Commons Attribution-ShareAlike 4.0 International License.