The path from patients to people, we need to focus on our elderly

Home 2020 January 17 The path from patients to people, we need to focus on our elderly 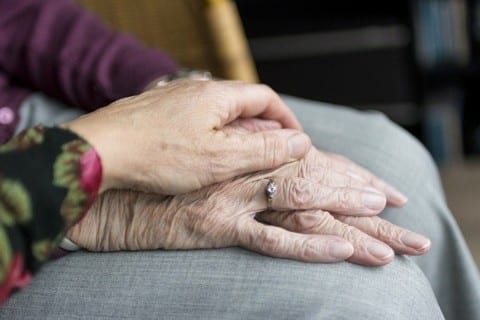 One group we don’t pay near enough attention to is our elderly. Many of them reach a point that they can no longer take care of themselves and become residents in a nursing home. Researches have discovered that most nursing home residents are lonely and that their unhappiness comes from losing autonomy, or the ability to do things for themselves. Often this feeling is amplified by undermotivated workers, a dull environment, and an overall lack of meaningful relationships. When researchers placed interviews to compile this data, planned to last no more than 30 minutes, many went well over an hour as residents were just looking for someone to talk to. These feelings are especially powerful for a large number of residents who are physically handicapped but mentally agile.

There is a possible solution to the mental health crisis among the elderly called person-centered care. Person-centered care places an emphasis on providing residents perceived control and honoring their preferences, which can be fulfilled by the nurse and the resident working together. It involves valuing participation, exchanging intelligence, self-advocacy for the resident, and ultimately working towards less of a power imbalance between resident and caretaker. This ultimately makes residents feel like their opinion matters and gives them higher self-esteem. In fact, scientific studies show when this is done overall life satisfaction increases and loneliness decreases. If nursing homes employ this practice already widely used in hospitals it could be the solution to end of life loneliness and it would make the elderly feel like the important members of our society that they are.

Many argue that a person-centered care approach would be too expensive or take too much time and while it is true that this approach would take more time it really comes down to a few extra minutes of a nurse explaining to the person under their care what their medications mean or asking them how they like certain small tasks to be done. All of these conversations can be brief but the fact is when residents are included in their care they feel valued and more in control which can help bridge the gap between patient and person